How Alabama’s best 2024 commit is handling a different position this fall
Jaylen Mbakwe committed early. With that decision, he's been able to play mostly wide reciever for Clay-Chalkville.

Alabama in for a fight; USA and UAB out for revenge
It's Week 5 of the grand experiment and gift to society.

Final thoughts (and a prediction) for Alabama-Arkansas

Alabama vs. Arkansas: Prediction and preview

Crimson Tide Roll Call: Thursday, September 29, 2022
Your daily briefing on what's going on with Alabama athletics, and how to watch the Crimson Tide.

Alabama Commitment Wilkin Formby Already Practicing Like He's a College Player
The 4-star offensive lineman continues to sharpen his skills as he'll soon go from Northridge to the Crimson Tide.

The Robot That Makes Alabama Football Practice Even More Efficient
How the Alabama athletics ground crew is using technology to save time and create more accurate and aesthetic fields. 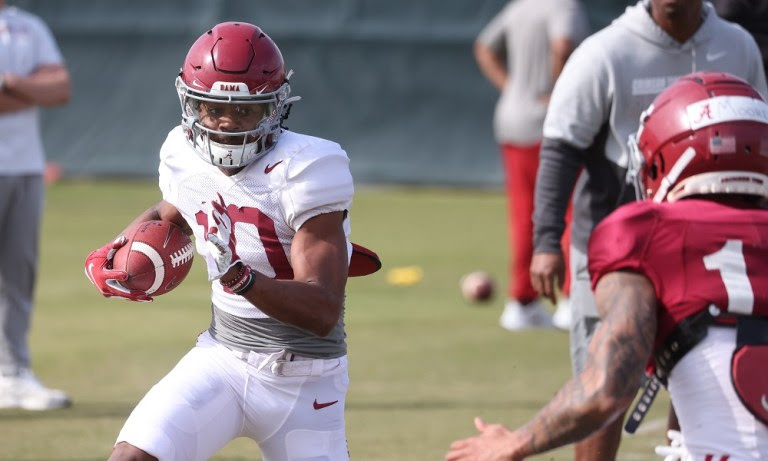 Ahead of its matchup against Arkansas on Saturday, Alabama head coach Nick Saban addressed a few injury updates during his press conference on Wednesday. During last week’s game against Vanderbilt, the Crimson Tide saw two key defenders leave the game with injuries. Defensive lineman Byron Young suffered a sprained ankle and had to be carted […]

Alabama WR JoJo Earle is expected to play versus Arkansas, per sources 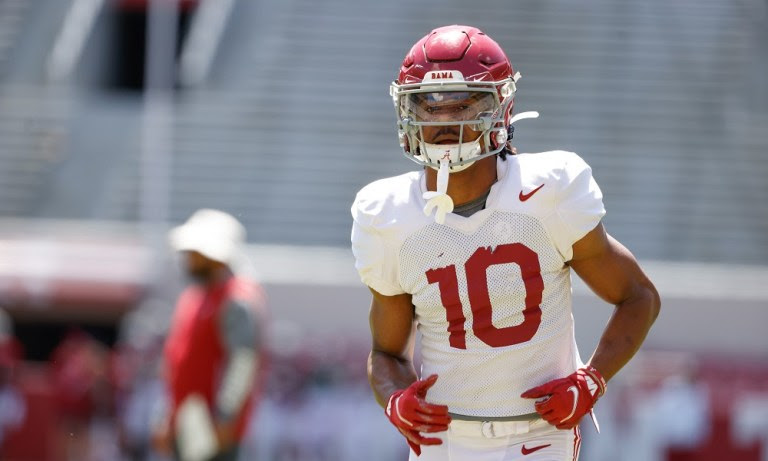 Alabama may have one of its electric wide receivers for Saturday’s game against Arkansas. JoJo Earle, a sophomore, dressed out last week for the Vanderbilt game and participated in warmups. He did not play in the matchup, but he looked smooth. The native Texan returned to practice this week and caught passes during Tuesday’s recap […] 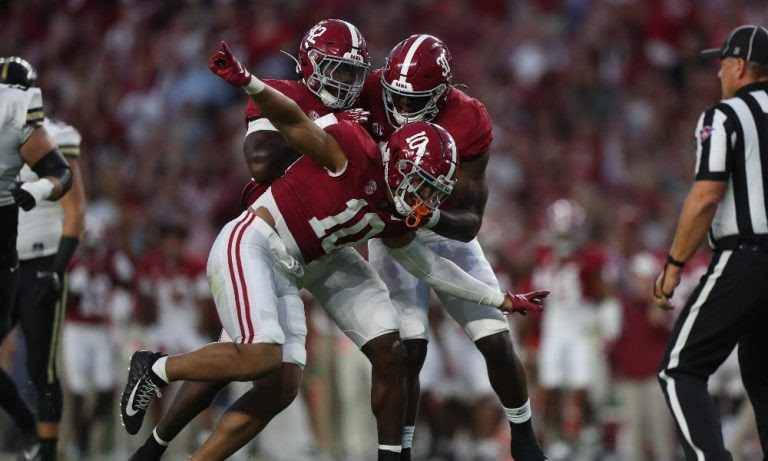 Alabama’s defense has gone through a resurgence so far this season, especially on the defensive front. Led by linebacker Will Anderson, the unit hasn’t allowed a 100-yard rusher, a team to score above 20 points while recording a team total of 12 sacks through four games. Anderson deservedly gets most of the national attention for […]
You must log in or register to reply here.
Share:
Facebook Twitter Reddit Pinterest Tumblr WhatsApp Email Link