One of my absolute all-time favorites, Derrick Lassic. He was the one guy on that 1992 team that could probably go pound for pound with Miami in swagger and trash talk. He had such a great senior season that year. Plus he had one of the all-time great TD celebrations, the "I'm coming Elizabeth!" dance. 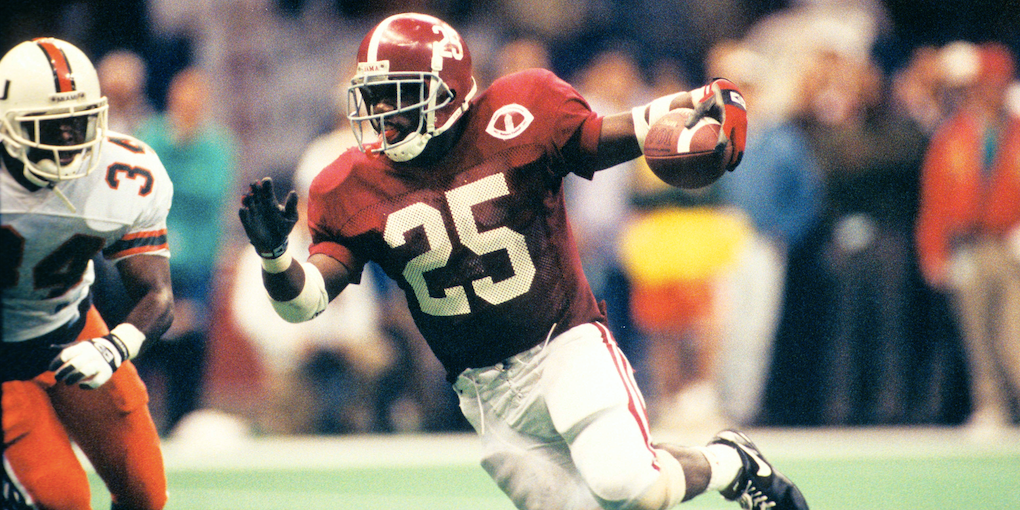 Reactions: colbysullivan, UAH, Tidewater and 5 others

25 days until Alabama Football: John Cain
We are now 25 days away from kickoff! Johnny Cain (25) played as triple-threat fullback, quarterback, punter, and multiple defensive positions at Alabama from 1930-1932. Nicknamed "Hurri-Cain" by Head Coach Wallace Wade, Cain was the only non-senior starter on the 1930 team. Cain and company carried the 1930 Alabama football team to greatness, outscoring opponents by an overall score of 273-13 on the way to a 10-0 record, SoCon Championship, and Rose Bowl Championship after beating Washington State 24-0. Alabama was declared National Champions and for his efforts, Cain was selected to the All-Southern Team and was named Second Team All-American. Hurri-Cane would follow that up with two more fantastic seasons that resulted in two more All-American and All-Southern nods. Reporter Zipp Newman stated, "[Johnny Cain] could run, block, punt, and play defense, the best all-around back I ever saw." After his Alabama playing career came to a close, Cain coached at Southwestern Louisiana from 1937-1941 before working in the athletic department at Ole Miss.

Reactions: Con, crimsonaudio, REDSEA and 2 others

TideEngineer08 said:
I know he had injuries at Alabama. But I didn’t follow his pro career. I did have an Eagles rookie card of his.
Click to expand...

Blew out his knee in CGS' first year. Never fully came back. A real shame, because in Curry's last year, Stacy and Gary Hollingsworth were a devastating combination.
Reactions: TideEngineer08 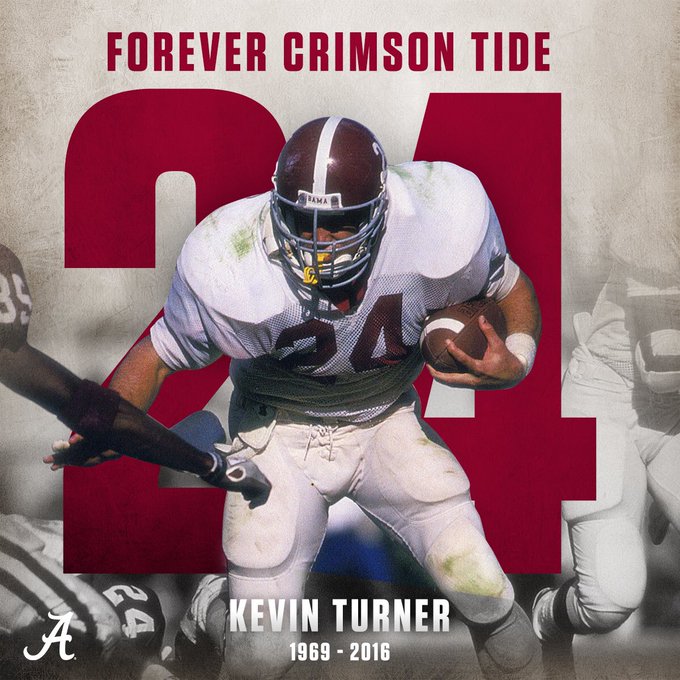 Reactions: REDSEA, Con, BamaHoHo and 4 others 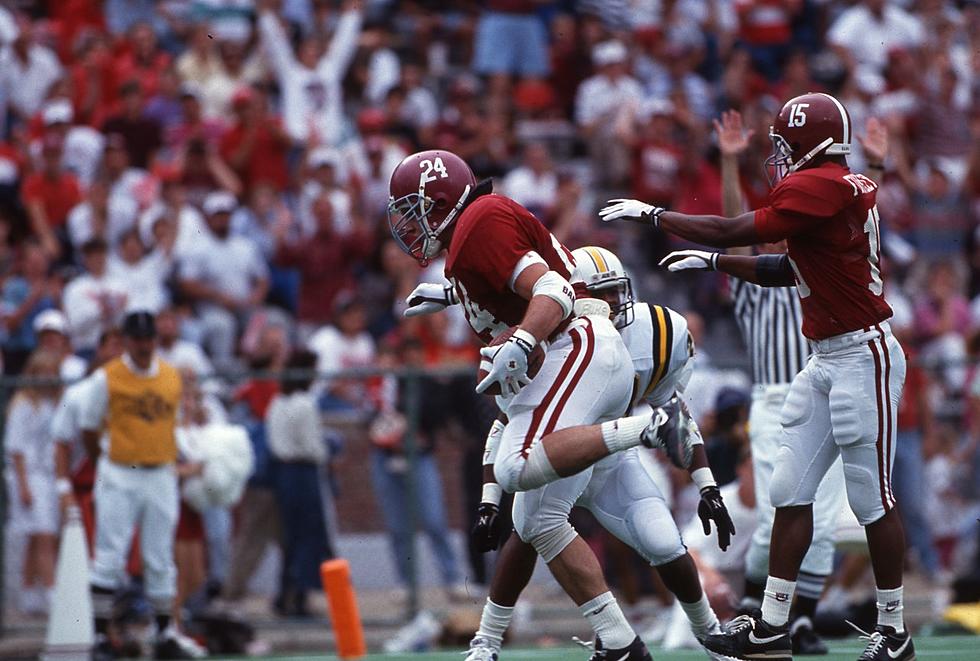 Kevin Turner suited up as the Tide's premier lead blocker from 1988-91, paving the way for the likes of Bobby Humphrey and Siran Stacy. He is widely remembered by fans for not only his extreme toughness on the field, but his courage off of it.

Turner was born in Prattville, AL and was a star running back at Prattville High School before beginning his career as a member of the Crimson Tide. As a true freshman in 1988, Turner saw time in 10 of Alabama's 12 games and finished with 28 rushes for 120 yards, also adding nearly 100 yards as a receiver. While he was certainly impactful as a runner, the bulldozing freshman truly made himself felt as a blocker. 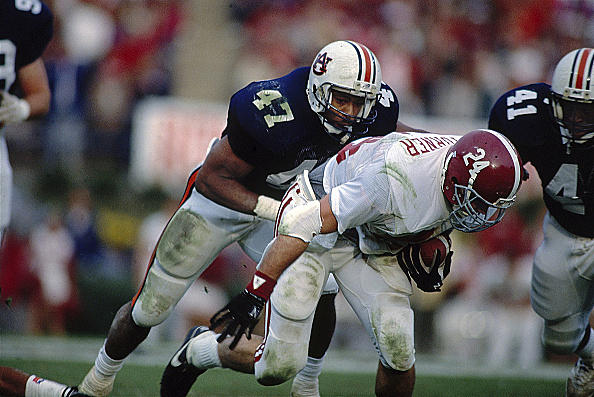 In Turner's sophomore season, he saw time in 11 contests and continued to earn a larger and larger role within the offense. He was the catalyst to the Crimson Tide rushing attack, not only blowing open running lanes, but averaging four yards per carry himself.

As a junior, Turner continued to punish opposing defenses as both an extremely effective blocker and legitimate threat in the run and pass game. He averaged over four yards per carry and hauled in 26 passes, all while crushing defenders who dared meet him at the line of scrimmage.

The Prattville native's final season in Tuscaloosa was likely his most impactful as the senior served as a team captain and helped lead the Tide to an 11-1 record and second place finish in the SEC.

He was drafted in the third round of the 1992 NFL Draft to the New England Patriots and spent three seasons with the team before being traded to the Philadelphia Eagles.

Hoping for a good bounce back year for this young man, Roydell Williams 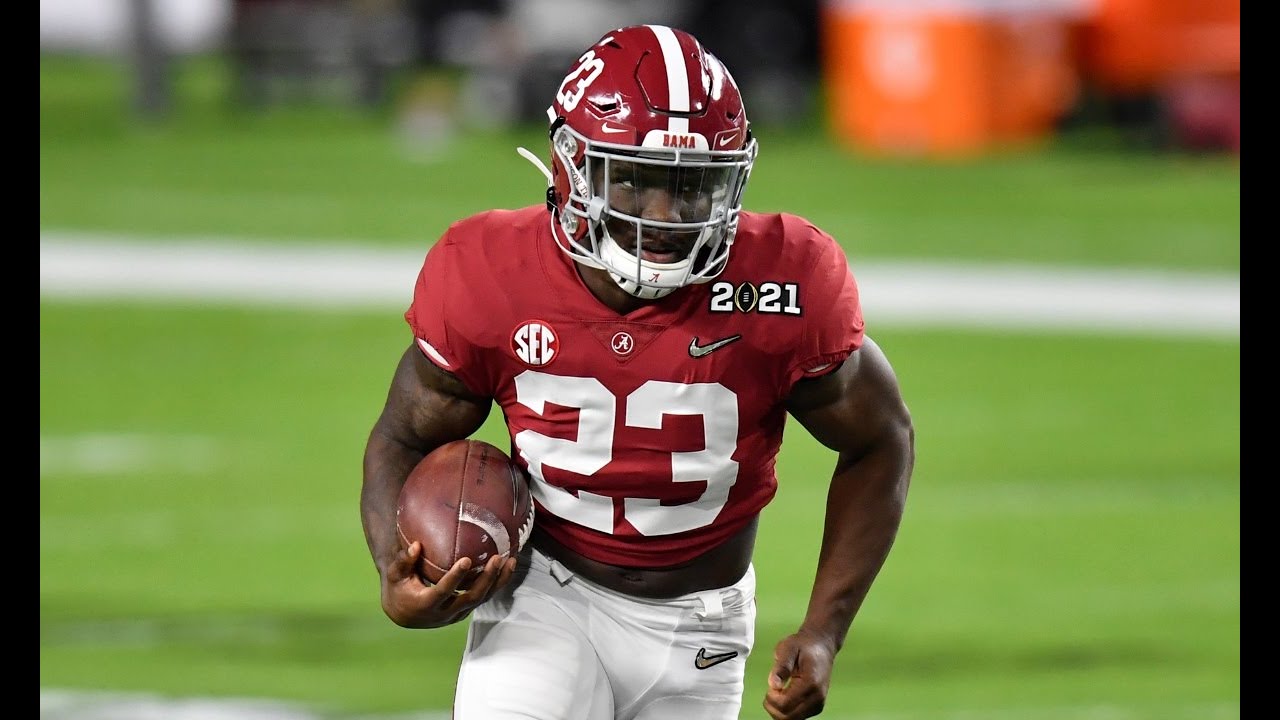 Reactions: Con, REDSEA, BamaHoHo and 2 others

I remember his momma not being really happy about his deciding to go to Alabama.
Reactions: Con
U

TideEngineer08 said:
One of my absolute all-time favorites, Derrick Lassic. He was the one guy on that 1992 team that could probably go pound for pound with Miami in swagger and trash talk. He had such a great senior season that year. Plus he had one of the all-time great TD celebrations, the "I'm coming Elizabeth!" dance.

I always remember him as a slightly built scat back as a sophomore then becoming the physical specimen shown here. I did think that the penalty he received against Miami for spinning the ball after his run to the one yard line was one of the most atrocious calls ever made in a championship game
Reactions: Con, BamaInMo1, FaninLA and 1 other person

UAH said:
I always remember him as a slightly built scat back as a sophomore then becoming the physical specimen shown here. I did think that the penalty he received against Miami for spinning the ball after his run to the one yard line was one of the most atrocious calls ever made in a championship game
Click to expand...

It was. Rogers Redding, SWC official, made that horrendous call if I'm not mistaken.
Reactions: DzynKingRTR, FaninLA and UAH

23 Days Away from Bama Kickoff: Jabriel Washington
Jabriel Washington joined the Tide as a four star cornerback in the 2011 class out of Jackson, TN. Though he was mostly used as a reserve player in his time with the team, Washington ended his Alabama career as the winner of three national championships, a feat very few have achieved.

He was a star at Trinity High School in Tennessee, playing both football and basketball, and guiding his team to the 2A State Championship game in his senior season. In 2020, he was named to the Jackson-Madison County Sports Hall of Fame for his incredible career.

In his first year on campus, Washington redshirted, but the Tide finished 12-1 and won the national title, defeating LSU in a memorable rematch game. As a redshirt freshman in 2012, he saw time as a depth player in the secondary, ending the season with eight appearances and two tackles. Alabama again won the National Championship, taking down Notre Dame, 42-14.

Washington's sophomore season saw him continue to take on a rotational role, seeing time in just eight games once more. As a junior, he earned a slightly larger role within the defense and appeared in 13 games, finishing with 17 tackles and his first career interception. 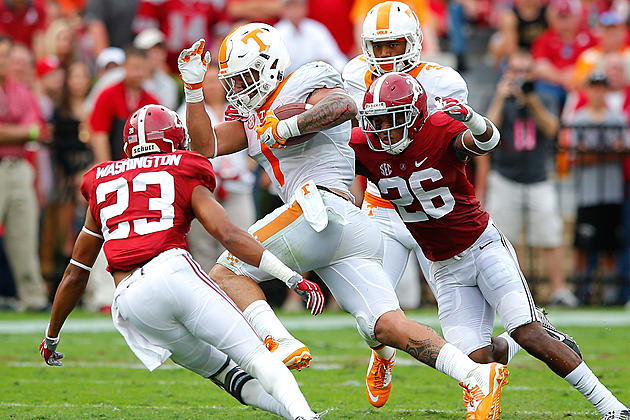 In the Tide's Week 4 matchup with the Florida, Washington picked off Gator quarterback Jeff Driskel in the first quarter, helping Alabama secure a 42-21 victory.

In his final season at the Capstone, Washington's playing time took a step back and the senior saw time in just eight games again. He finished the year with six tackles and hauled in his second interception against Charleston Southern. Despite taking a limited role on the team, the Jackson native played an important role in helping the team prepare to win another national title in 2015.

Across his five seasons with the team, Washington compiled just 26 tackles and two interceptions, but has plenty of hardware to show for his Alabama career.

Big day today. Let's start it off with the Italian Stallion, Johnny Musso

TideEngineer08 said:
It was. Rogers Redding, SWC official, made that horrendous call if I'm not mistaken.
Click to expand...

Keith Jackson called it "picky", so he thought it was a bad call too.
Reactions: Con, UAH and TideEngineer08

If I was granting the benefit of the doubt, I'd say because of all the pre-game trash talk from Miami and their reputation for in game poor sportsmanship, maybe Redding was setting an early example that they were not going to tolerate any showboating. But that really doesn't hold up as I think about how the rest of the game played out. One another of Lassic's touchdown's, he did the "I'm coming Elizabeth" heart attack dance. Sherman Williams did the Sherman Shake on his TD. George Teague high stepped into the endzone from about 10 yards out on his TD. No calls on any of them.

In conclusion, it was a trash call.
Reactions: Con, FaninLA, DzynKingRTR and 1 other person 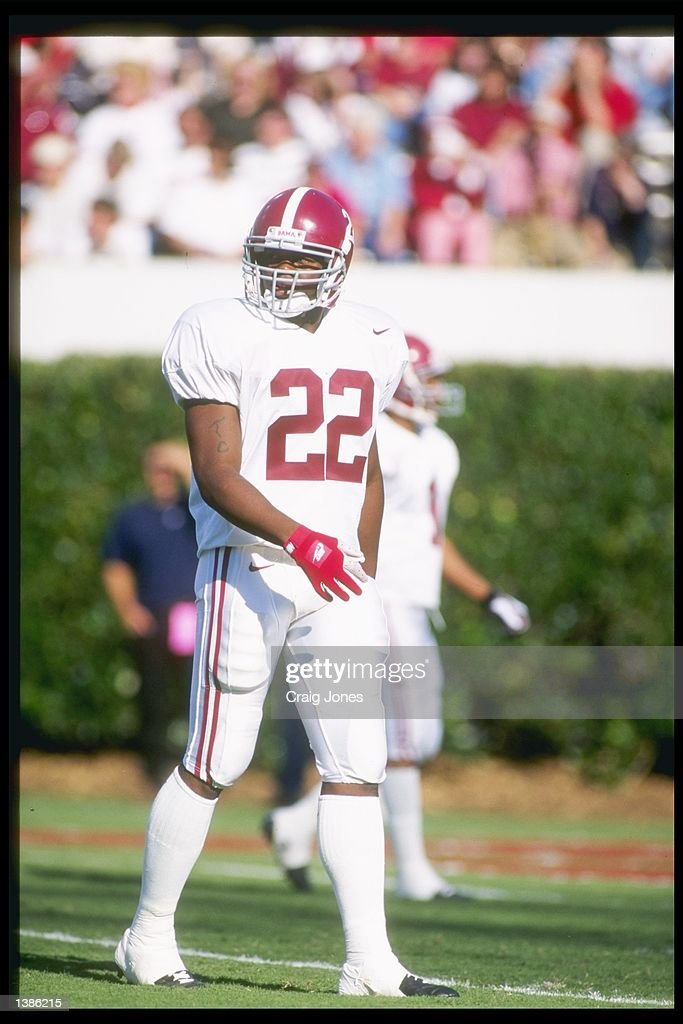