Sherman Williams, who had the best end zone dance of all time. Bring back TD celebrations. 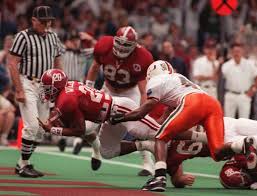 20 days until Alabama Football: Sherman Williams
We are now 20 days away from kickoff! Sherman Williams was a running back at Alabama from 1991-1994. After rushing for 108 yards and 2 TDs as a freshman, Williams upped that total to 299 yards and 8 TDs in 1992. One of those 8 TDs came on a 2-yard run against Miami in the 1993 Sugar Bowl (1992 season) to make the game 13-3. With the help of Williams, Alabama would go on to win the Sugar Bowl by the score of 34-13 to secure the 1992 National Championship. In 1993, Williams began the season as a backup once again, but an injury allowed him to secure the starting spot and he would retain the RB1 role through 1994. As a junior in 1993, Williams rushed for 738 yards and 9 TDs as the Tide finished 9-3-1 with a victory in the Gator Bowl. 1994 would end up being Sherman's best and most complete year. The star back rushed for a total of 1,341 yards (second most in program history at the time) and 8 TDs with another 225 yards and 2 TDs added in the receiving game. The Tide would finish 1994 with an 11-1 record earning them a Citrus Bowl appearance against Ohio State. In that 1995 Citrus Bowl (1994 season), Sherman Williams put together a historic bowl performance, posting 166 yards rushing on 27 carries and 155 yards on 8 receptions with 2 total TDs, one of which came on a 50-yard reception with 42 seconds remaining in the game. He became the first Bama player to gain over 100 yards rushing and receiving in a postseason game. Alabama would go on to win the Citrus Bowl by the score of 24-17 with Williams securing the game's MVP. For his efforts that season, Sherman Williams was selected to both the All-SEC and All-American teams. After his stellar season, Williams was drafted with the 46th overall pick in the 1995 NFL Draft by the Dallas Cowboys. Williams played for the Cowboys as a backup to Hall of Fame RB Emmitt Smith for five seasons and helped the Cowboys win Super XXX (1995) over the Pittsburgh Steelers. In the spring of 1999, Sherman Williams signed for the Mobile Admirals of the Regional Football League. The Admirals won the RFL Championship in 1999 and Sherman was named league MVP.

One of the top defensive back prospects coming out of the talent-rich state of Florida ... a unanimous four-star prospect by all major recruiting sites ... listed as the No. 38 overall recruit in the On300 rankings by On3 ... the No. 83 prospect and No. 12 corner in the country by 247Sports ... also tabbed as the No. 12 player from Florida by 247 ... the No. 15 player from the state according to Rivals.com ... the 81st-rated player on the Rivals100 and No. 9 cornerback nationally by Rivals ... the No. 84 recruit in the On3 Consensus rankings ... listed as the No. 105 player in the country and the No. 12 cornerback on the 247Composite ... ESPN.com's 24th-ranked corner and the No. 207 player on the ESPN300 ... selected to the All-American Bowl in San Antonio, Texas ... coached by Patrick Surtain Sr. at American Heritage High School ... son of former NFL player Earl Little ... chose Alabama over in-state Florida State and Miami along with LSU among his 30 offers.
Last edited: Aug 14, 2022
Reactions: REDSEA, seebell, UAH and 1 other person

Man Shaun Dion was awesome
Reactions: BhamToTexas, REDSEA, seebell and 4 others
U

Loved me some Shawn Dion Hamilton. To come back from his knee injury and suffer the second injury to end his career at Alabama was painful to witness. Now with the Lions and hoping he can develop a solid role there.
Reactions: REDSEA, Ledsteplin, Con and 1 other person 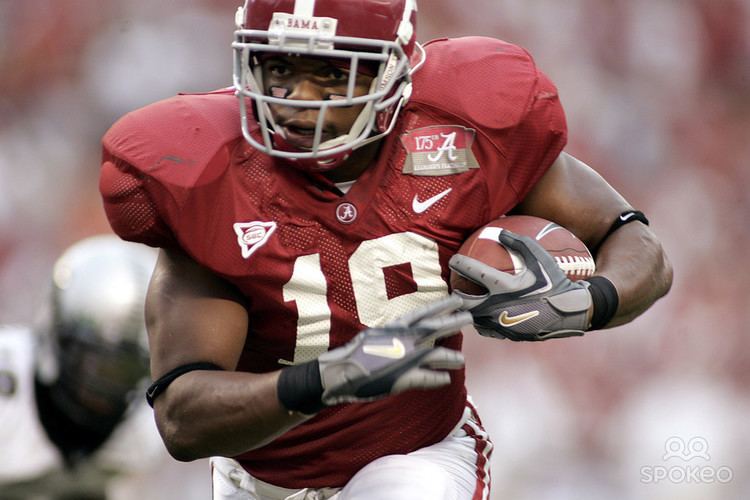 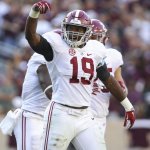 Reactions: REDSEA, BamaHoHo, Con and 2 others

I'll never forget him dislodging a poor Georgia Receiver's soul from his body in the 2015 rain game.
Reactions: REDSEA, RTR_UA#1, FaninLA and 2 others

19 days until Alabama Football: Kelvin Croom
We are 19 days away from kickoff! Kelvin Croom was a defensive back at Alabama from 1975-1979. In high school, Kelvin Croom was named West Alabama player of the Year and Prep All-American his senior year in high school, so he joined the Tide as a highly touted prospect. Croom saw playing time on varsity as a true freshman, making six tackles and breaking up a pass before suffering a severe knee injury. Sadly, injuries would hamper the rest of Kelvin Croom's football career. This would not stop Kelvin Croom from having a great career outside of football. Croom received a doctorate from Alabama in educational leadership. He worked as an administrator for Tuscaloosa City Schools and is now senior pastor at College Hill Baptist Church!

19 Days Away from Bama Kickoff: Jeremiah Castille
Jeremiah Castille suited up at cornerback for Alabama from 1979-82 and put together an incredible record setting career in his time in Crimson and White. He was one of few players to find the field in just his freshman year under Bear Bryant and helped the Tide to two conference titles and a national championship.
Castille was born in Columbus, GA in 1961 to a family struck by alcoholism and violence. In an interview with the Shelby County Reporter in 2016, the former Bama star defined his upbringing as, "Chaotic."
Castille said, “Chaotic is the word for it. When I say ‘domestic violence’ I’m talking about serious domestic violence from my mom and my dad (...) I’m talking about every week; alcoholism was the igniter of it. It affects you in a very negative way.”
A product of his environment, Castille spent much of his childhood angry, looking for an outlet.
It wasn't until he was serving a suspension from summer school ahead of his eighth-grade year that Castille found his answer. In the same interview with the Shelby County Reporter in 2016, he revealed that he attended a revival at a local Baptist church, and that experience is what placed him back on the right track.
Castille said, "I left that church a different person. I went in a sinner and came out a saint. The power of the gospel was resonant in me. I left there empowered.”
The empowered adolescent quickly rose up recruiting boards over his next four years at then-Central-Phenix City High School and received a scholarship from his dream school, Alabama.
In his freshman season, Castille appeared in 11 games and recorded 13 tackles and an interception. The Tide finished the year 12-0 and was named the consensus national champions.
As a sophomore, the exciting young corner made his impact felt. Castille appeared in all of the Tide's games and finished with 42 tackles and three interceptions, all of which came in crucial moments throughout the season.
His junior season was even better as the third-year star compiled 43 tackles, 10 pass deflections and five interceptions. Alabama finished 9-2-1, losing in its bowl game to Texas, but won a share of the SEC crown.
Castille's final year in Tuscaloosa saw the senior finish with 58 tackles and a whopping seven interceptions. He placed himself firmly in the Crimson Tide record books as the program's then-all-time leader in picks (16), which stood until 1993.
He was drafted in the third round of the 1983 NFL Draft by the Buccaneers and spent four seasons with the team before joining the Denver Broncos in 1987.
Castille played for just two years in Denver before he felt he was being called away from playing football.
He said, again to the Shelby County Reporter in 2016, "There was a battle between [god] and I," Castille said. "Internally there was a struggle. I’m a very competitive person and wanted to keep playing. In that process, the Lord stripped me of all that competitiveness."
Since retiring from football, Castille has spent the last few decades working to minister across the state of Alabama. He founded the Jeremiah Castille Foundation in 1999 and it has since put together several projects aimed at helping local residents like the "Castille Character Camp," and "Bags of Hope," which gathers school supplies for children in need.
Now, he resides in Woodlawn, AL with his wife Jean. The pair raised six children together, three of which suited up for the Crimson Tide themselves, and work with one another in running the foundation.

Versatile player who can contribute at multiple positions as one of the nation's top athletes ... a four-star signee by all major recruiting sites ... the third-ranked athlete and No. 85 recruit nationally by 247Sports who also listed him as the No. 5 player from Louisiana ... No. 85 overall and the third-ranked athlete in the country on the 247Composite ... the Composite's No. 8 player from Louisiana ... ranked as the No. 92 player nationally according to the On300 list by On3 ... the No. 96 ranked recruit in the On3 Consensus ... the No. 100 signee on the Rivals250 while also being tabbed the No. 6 athlete and 11th-rated player from Louisiana by Rivals.com ... No. 83 on the ESPN300 ... ESPN.com's No. 12 athlete nationally, the No. 50 prospect overall in the Southeast Region and the eighth-ranked player from his home state ... coached by Bryant Sepuvaldo at Captain Shreve High School ... also excelled in track for the Gators ... chose Alabama over Florida State, LSU and Texas.
Reactions: Bazza, seebell, Con and 1 other person

I recall Coach Bryant saying Jeremiah was pound for pound, the hardest hitting player he had ever seen. That's high praise.
Reactions: BamaHoHo, seebell, UAllday and 1 other person 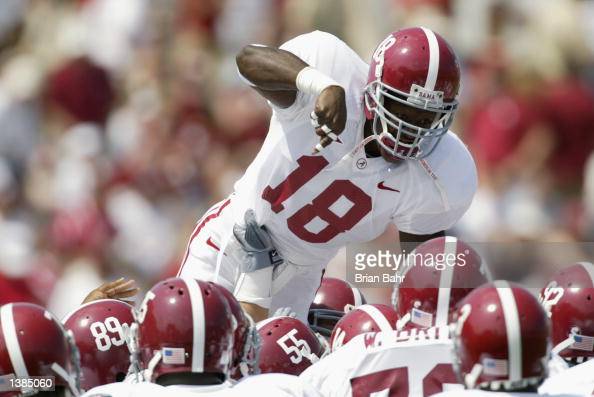 TideEngineer08 said:
Shaud Williams was a good one 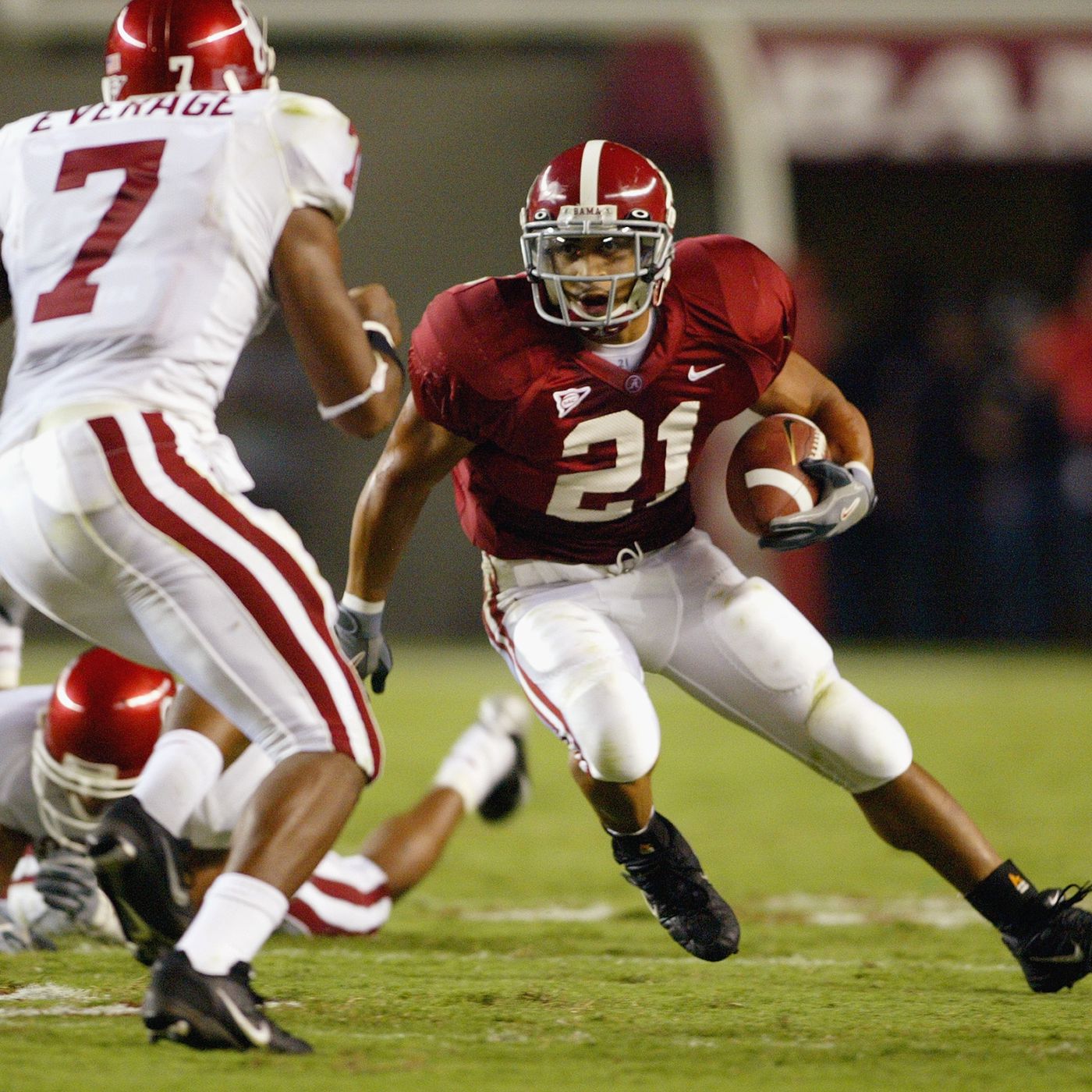 Wasn't SW the "smoke draw" running back? IIRC, it was like an 80 yard opening TD play. Why I'm connecting him and "smoke draw" I do not know! Help!
Reactions: seebell and Con

BamaMoon said:
Wasn't SW the "smoke draw" running back? IIRC, it was like an 80 yard opening TD play. Why I'm connecting him and "smoke draw" I do not know! Help!
Click to expand...

I hated referencing the smoke draw because that was a fRAN thing, but Shaud was the one who made it famous.
Reactions: seebell, FaninLA and BamaMoon

BamaMoon said:
Wasn't SW the "smoke draw" running back? IIRC, it was like an 80 yard opening TD play. Why I'm connecting him and "smoke draw" I do not know! Help!
Click to expand...

Yes he was.
Reactions: REDSEA, seebell, BamaMoon and 1 other person 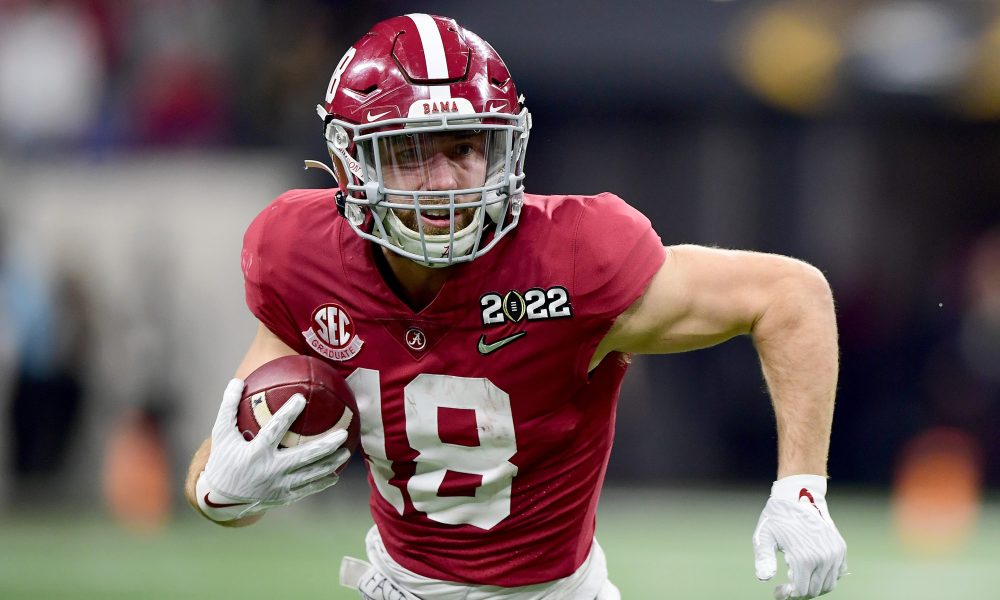