We are now 83 days away from kickoff! Kevin Norwood (83) was a wide receiver from 2009-2013. Though he wasn't the highest rated recruit, Norwood would become a very reliable receiver for QB A.J. McCarron. He racked up 1,275 yards and 12 TDs on 81 catches through his Alabama career. This included grabbing four catches and 78 yards in a 21-0 win over LSU in the 2012 National Championship game, his 3rd National Championship game victory. He would leave Alabama with those three National Championship rings along with two SEC Championship rings. After graduating, he was drafted in the 4th round of the 2014 NFL Draft by the Seattle Seahawks and would enjoy a solid four-year NFL career.
Click to expand...

Irv was a good one.
Reactions: UAllday, T Bone and crimsonaudio 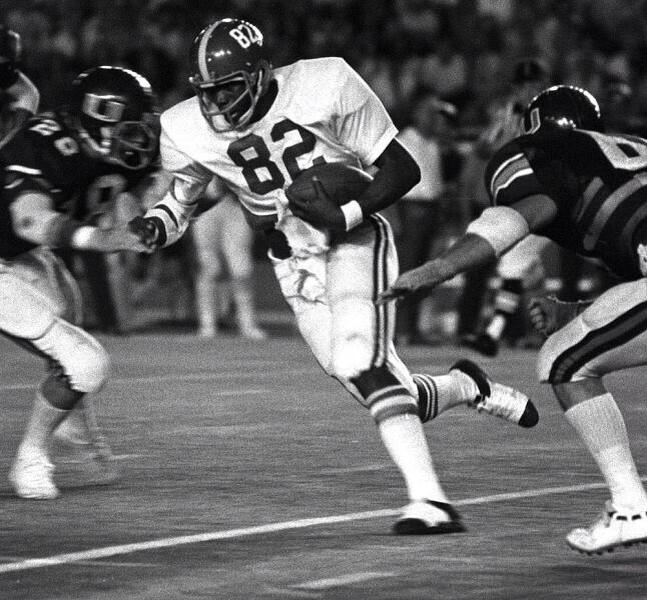 Reactions: Elefantman, CB4, Con and 4 others

Ozzie is one of my all time favorites and a class individual!

We are 82 days away from kickoff! Ozzie Newsome (82) was a tight end for Alabama from 1974-1977. A four-year starter for the Tide, Ozzie Newsome was one of the best tight ends in the history of football. Bear Bryant called him, "the greatest end in Alabama history and that includes Don Hutson." During his career, he amassed 2,070 yards receiving on 102 receptions and 16 TDs, while also garnering 301 yards on 40 punt returns. These numbers were revolutionary for the position that had been mainly focused on blocking, something Ozzie was also very good at. His offensive numbers were also staggering because he did it in a run-heavy wishbone offense! Due to his dominance, Ozzie was named First Team All-SEC in 1976 and 1977 and a Consensus All-American in 1977 and would later be named Alabama Player of the Decade for the 1970s. After graduating, Ozzie was drafted in the first round of the 1978 NFL Draft by the Cleveland Browns. He would be a STAR in Cleveland. He retired with six All-Pro selections and the Browns record for career yards (7,980) and receptions (662). Newsome was inducted into the Pro Football Hall of Fame in 1999. After his playing career ended, Ozzie would move to the front office where he would once again show his brilliance, helping the Ravens win two Super Bowls as an executive.
Click to expand... 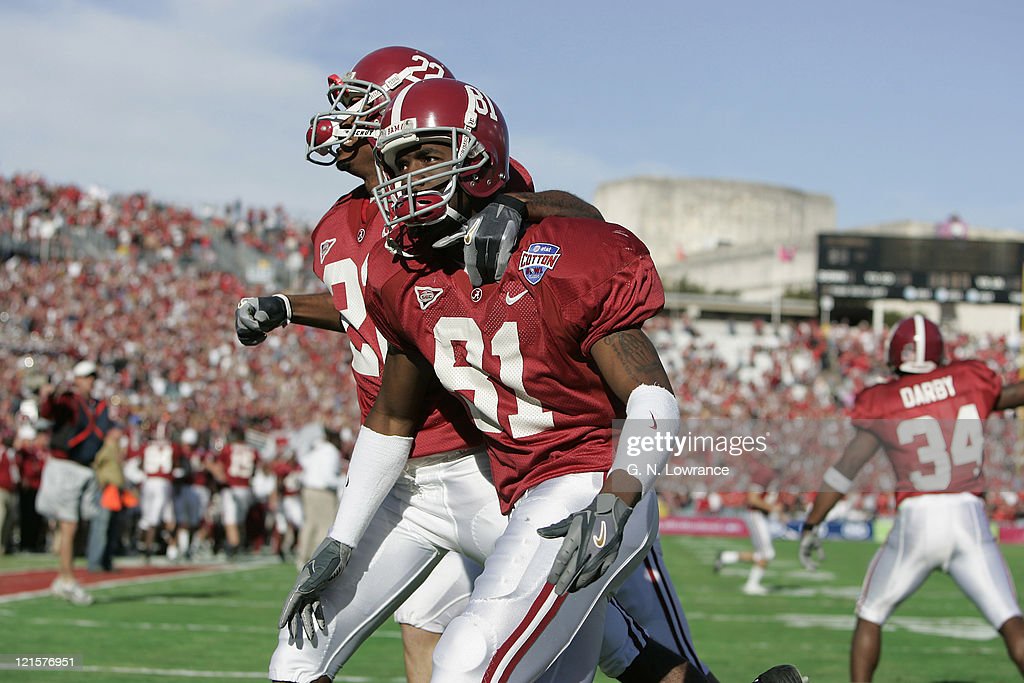 We are now 81 days away from kickoff! Mike Pitts (81) was defensive lineman for Alabama from 1979-1982 which were the last four teams coached by Paul "Bear" Bryant. Pitts was able to break through and contribute his freshman year to help the Tide go undefeated and win the 1979 National Championship. However, he truly began to flourish in 1981 and 1982. He was awarded back-to-back First Team All-SEC nominations and was named Consensus All-American at the end of the latter season. After graduating, Mike was drafted with the 16th overall pick by the Atlanta Falcons. He would enjoy a fantastic 12 year NFL career, which included being a part of the legendary Philadelphia Eagles "Gang Green" defenses led by Buddy Ryan. Sadly, Mike Pitts passed away on November 4th, 2021. He was 61 years old.
Click to expand...

The pride of Etowah, Toderick Malone: 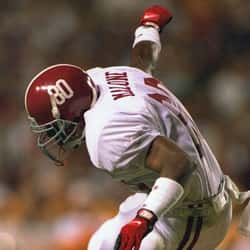 One of the famed bookends, Eric Curry: 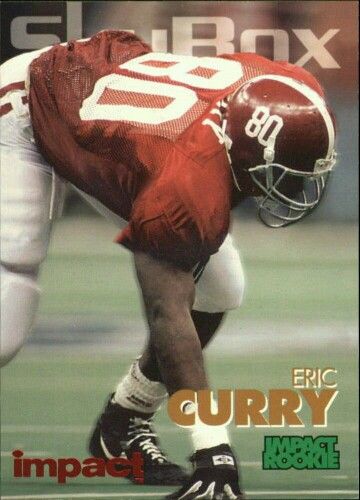 Wilbur Jackson. Recruited as a WR, we switched to the wishbone and Coach Bryant moved him to halfback, thus why we had a HB wearing 80. He was one of our greats of that 70s era: 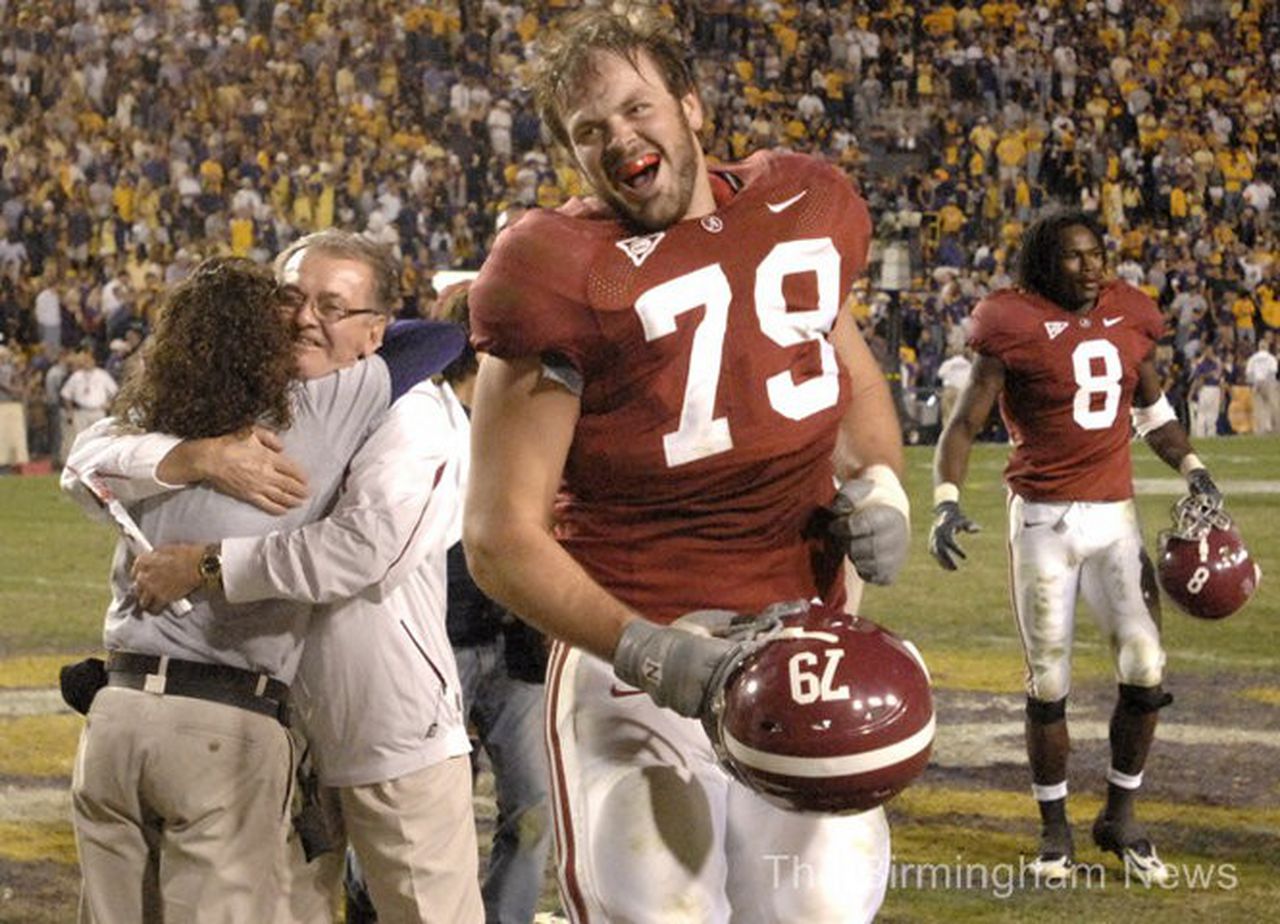 We are now 79 days away from kickoff! Richard Cole (79) was a defensive tackle for Alabama from 1964-1966. Cole was a menace to both interior linemen and the backs they tried to protect. He was a tackling machine, but his impact went much further as he would force opposing QBs into mistakes and make opposing teams think twice about running the ball up the middle. After helping Alabama to back-to-back SEC and National Championships in 1964 and 1965, Cole was named a co-captain with Ray Perkins on the 1966 team that finished 11-0 and won the SEC title. Richard Cole was named a 1966 All-American for his contributions.
Click to expand...

79 Days 'Til Kickoff: The 1979 Alabama Football Season
THE SEASON

Justin Smiley, one of the greats of a difficult era 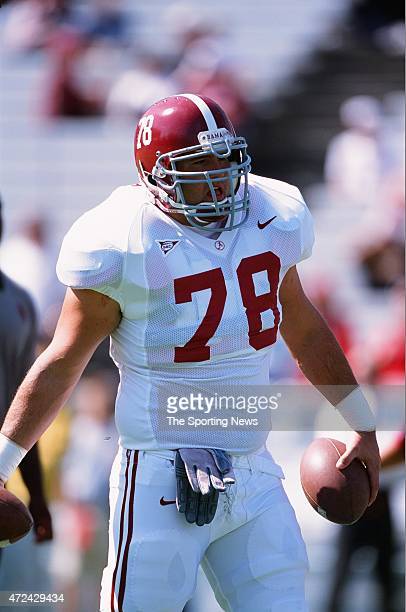 Drew was one of my favorite stories. We heard from the so called "experts" for 3 years or so posting about how he wasn't good enough and would transfer to free up a scholarship. Proved them wrong.
Last edited: Jun 17, 2022
Reactions: REDSEA and TideEngineer08
You must log in or register to reply here.
Share:
Facebook Twitter Reddit Pinterest Tumblr WhatsApp Email Link