This might be my favorite moment of the Saban era. Have we ever had a transfer player this loved by his team, fans, and coaches?
Reactions: REDSEA, seebell, rolltide7854 and 1 other person

DzynKingRTR said:
This might be my favorite moment of the Saban era. Have we ever had a transfer player this loved by his team, fans, and coaches?
Click to expand...

We are 70 days away from kickoff! Ryan Kelly (70) was an offensive lineman for Alabama from 2011-2015. After redshirting in 2011, Kelly spent his freshman year as a backup to All-American center Barrett Jones. In 2013, Kelly took over at center and the position would be his until his senior year in 2015. That 2015 season would be his best. With Kelly anchoring the line, RB Derrick Henry rumbled his way to winning the program's second Heisman Trophy. Most importantly though, that season also ended in glory, as Alabama won its 16th National Championship and Kelly's 3rd as a member of the Tide. Like Henry, Kelly was also rewarded for his dominance. Ryan was named First Team All-SEC, a Unanimous All-American, and was awarded the Rimington Trophy (Nation's best Center), and the Jacobs Blocking Trophy (SEC's best blocker). After graduating, Kelly was drafted with the 18th overall pick in the 2016 NFL Draft by the Indianapolis Colts. His NFL career has been fantastic thus far. Kelly has been named to three Pro Bowl teams (2019-2021) and was named 2nd Team All-Pro in 2020.
Click to expand...

We are now 69 days away from kickoff! Landon Dickerson (69) was an offensive lineman for Alabama from 2019-2020. After transferring from Florida State, Dickerson was named the starting right guard going into 2019. However, Dickerson was moved to center after just four games, a position he had never played before. He absolutely flourished at center, even as a beginner, and was named Second Team All-SEC in 2019. In 2020, he was a star, starting 11 games before sadly suffering ligament damage against Florida in the 2020 SEC Championship Game. Still, the Tide went on to win that game and the National Championship. Though Dickerson was injured at the end, his play and leadership played a crucial role in achieving those results. For his efforts, he was named First Team All-SEC and a Unanimous All-American. He was also awarded the Rimington Trophy (nation's best center), and was awarded a share of the Jacobs Blocking Trophy (SEC's best blocker) alongside teammate Alex Leatherwood. After graduating, Landon was drafted in the 2nd round of the 2021 NFL Draft by the Philadelphia Eagles. He has started 13 games for them at guard.
Click to expand...

Man, the players loved them some LD:

We are 68 days from kickoff! Gus White (68) played defense for Alabama from 1973-1976. After registering four tackles for the 1973 National Championship team, White became a regular on the Tide defense from 1974-1976. In those three seasons, Gus would play at defensive tackle, nose guard, and linebacker, always delivering on what Coach Bryant asked of him. His versatility on defense helped Alabama win back-to-back-to-back SEC Championships (1973-1975) and victories in the 1975 Sugar Bowl and 1976 Liberty Bowl.
Click to expand...

At this time, it doesn’t look like anyone will wear the No. 68 for Alabama this season.
Reactions: REDSEA, seebell, dtgreg and 1 other person

We are 67 days away from kickoff! Jerry Duncan
played offensive tackle for Alabama from 1962-1966. Duncan wasn't your average tackle however, weighing in at just 185 pounds. Over the course of his career, Duncan would go from halfback to fullback to offensive guard to tackle. Due to these constant position changes, he wore #77, #62, and even briefly #31. In 1966, Jerry was named a starting tackle and he flourished. Not only was he a hard-working blocker, but the implementation of Coach Paul "Bear" Bryant's famous tackle eligible play allowed Duncan to gain yards with the ball in his hand as well. He played a crucial role in the 1966 team going undefeated and crushing Nebraska in the Sugar Bowl 34-7, though Alabama ended up being robbed of a National Championship by the polls. Still, it was a great season and for his efforts Duncan was named All-SEC in 1966. He would leave Alabama with two National Championships and three SEC Championships in total. After graduating, Duncan served as a graduate assistant to Coach Bryant before becoming a long-time sideline reporter for the University of Alabama Radio Network.
Click to expand... 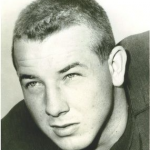 At this time, it doesn’t look like anyone will wear the No. 68 for Alabama this season.
Reactions: REDSEA, Con and crimsonaudio

We are now 66 days away from kickoff! Roger Shultz (66) was a center at Alabama from 1987-1990. Shultz was a 4-year starter for the Tide and was named First Team All-SEC two times (1989-1990). His most memorable moment, however, came in 1990 against Tennessee. The Crimson Tide, led by first year Alabama head coach Gene Stalling, went into Neyland at 2-3 against an undefeated and HEAVILY favored Tennessee team. Amazingly, Shultz and the Tide came out victorious by the score of 9-6. This victory prompted one of the most iconic lines in Alabama football history. "We ought to pay property tax on Neyland Stadium," Shultz said, "because we own it." This line was an instant hit and in 1992 when Alabama left Neyland with another victory, Bama CB Antonio Langham let it fly again. Since 1990, Alabama is 11-5 at Neyland so it is safe to say the line has aged pretty well!
Click to expand... 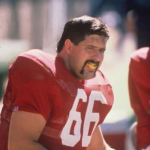 Alabama football countdown to kickoff: 66 days
If you haven’t noticed, there’s a noticeable gap on Alabama’s roster between the No. 65-69.
Reactions: REDSEA, Con, seebell and 1 other person

The always confident is his body Chance Warmack. 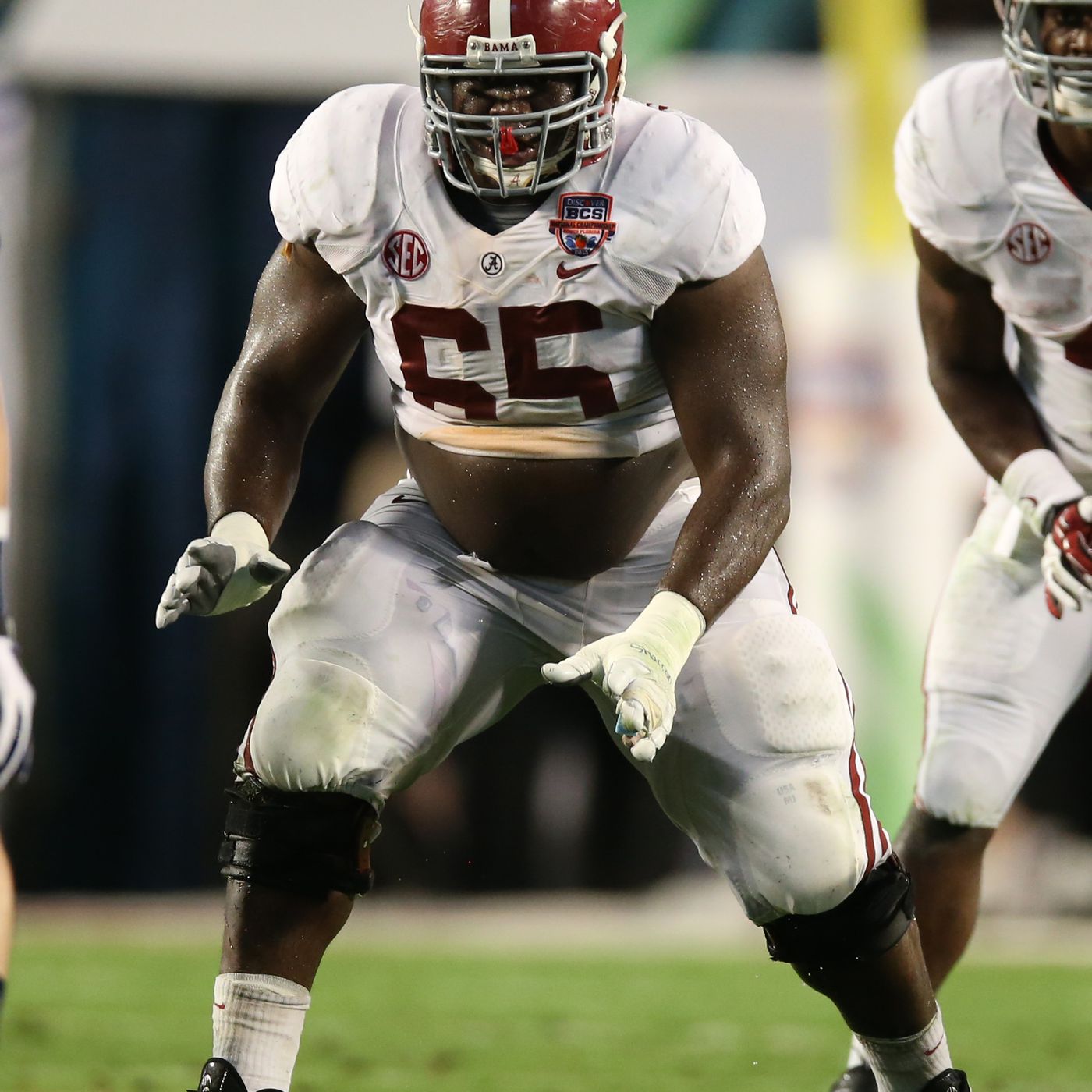 We are now 65 days away from kickoff! Chance Warmack (65) was an offensive lineman at Alabama from 2009-2012. Warmack served as a backup to Barrett Jones on the 2009 National Championship team before taking over at left guard in 2010 as a sophomore. He would not relinquish that spot for the rest of his career. His junior year, Warmack helped Alabama to the 2011 National Championship, beating LSU 21-0 in the Natty. He was rewarded for his efforts, receiving All-SEC honors in 2011. After weighing his options, Chance decided to come back for his senior season and that decision would pay off big time. He would end up playing a huge role in yet another SEC Championship and National Championship and was named a Unanimous All-American and First Team All-SEC after a dominant year at guard. After graduating, Warmack was selected with the 10th overall pick in the 2013 NFL Draft by the Tennessee Titans. In 2017, Chance won a Super Bowl ring on the Philadelphia Eagles.
Click to expand...

At this time, it doesn’t look like anyone will wear the No. 64 for Alabama this season.
Reactions: seebell, REDSEA and Con

63 days until Alabama Football: Jim Bunch
We are now 63 days away from kickoff! Jim Bunch (63) was an offensive lineman at Alabama from 1976-1979. Bunch was introduced in the third game of his freshman season against Vanderbilt at guard, and he would not relinquish that starting spot for the rest of his collegiate career. For his efforts that year, he was awarded Freshman All-SEC as Alabama went 9-3 and beat UCLA in the Liberty Bowl by the score of 36-6. In both his sophomore and junior year, he would be named First Team All-SEC as Alabama would win the SEC Championship and go 22-2 combined through those two seasons. In 1978, his junior year, Bunch’s Tide also won the National Championship and they repeated that feat the next season in 1979 after going 12-0 and winning their second straight natty. For his contributions in '79, Bunch was named a First Team All-American. Though he was undersized, Jim Bunch was fantastic for Coach "Bear" Bryant's Crimson Tide. 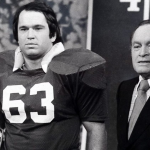 The last player to wear No. 63 was JC Hassenauer