The fourth wave of infections, hospitalizations, and deaths is rolling across the country. It is clear that the vast majority of those caught up in this wave are the unvaccinated.

Hospitals, especially in the South and other areas of low vaccine uptake, are being overwhelmed with the sick and dying. Refrigerated trucks are being brought into some locations to store the bodies. Doctors and nurses in these hospitals are telling us the situation is dire for patients and staff. Patients for which there is no bed were being kept in the ER and now in some locations the ERs are literally overflowing and normal everyday treatable conditions are now leading to death in non-COVID patients because staffed beds are scarce.

This situation is not sustainable. Rationing of care is becoming more and more likely. Hospitals are considering when this might become necessary. Governor Ivey's more recent emergency declaration greenlights hospital to proceed with "alternate standards of care". Ethicists are being consulted on what rules should apply to who gets normally appropriate care and who will be left untreated when the load becomes impossible to manage. While most are saying vaccination status will not be the sole determining factor in who gets care and who doesn't, it's clear that based on probabilities of recovery the vaccinated would be favored over the unvaccinated for receiving treatment. No one should die from an easily treatable condition like gallstones while others take up hospital beds and receive care that is often futile.

While people search for treatments like horse de-wormer medication, vaccines stand ready to prevent the worst outcomes. Disease prevention is always better than treatment, but some seem to have turned this concept on its head due to a combination of fear, delusion, and politics.

Disinformation is a major driver in the fear of vaccination. Many of the now fearful recently had proclaimed we should not be fearful of a virus with a fatality rate of blah blah blah. Those who have called others sheep for following the people who actually know what the hell they're talking about are following those who don't know what they're talking about over the ledge of vaccine and mitigation refusal. They apparently miss the irony.

Vaccines mandates have been a big topic, but at what point would - or should - states implement population-wide mandates? So far it is mainly employers driving this bus. Their main concern is the bottom line - vaccines save them money. States might become concerned enough to consider the issue at some point, perhaps with fines being levied. No one really wants to go there due to the effects such a policy would have on a nation already in cultural and political upheaval. Which policy is more untenable? That which allows personally choosing social irresponsibility and the misery that comes with it or that which forces civic duty for public health and the misery that comes with it?

But really, for now at least, this comes down to a personal choice. Choose wisely, or don't choose wisely.

As usual, to encourage participation all poll answers are private.
Reactions: MobtownK, Tideflyer, seebell and 3 others

If you don’t like the trend, just change the numbers 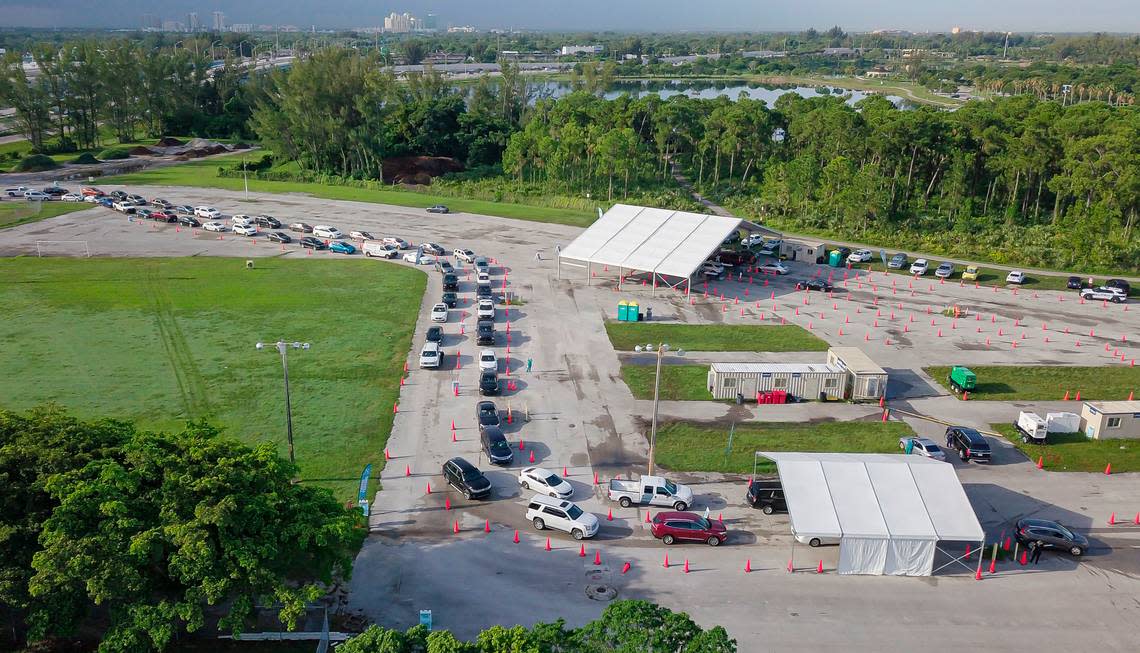 As the delta variant spreads through Florida, data published by the Centers for Disease Control and Prevention suggest this could be the most serious and deadly surge in COVID-19 infections since the beginning of the pandemic.

TexasBama said:
If you don’t like the trend, just change the numbers

As the delta variant spreads through Florida, data published by the Centers for Disease Control and Prevention suggest this could be the most serious and deadly surge in COVID-19 infections since the beginning of the pandemic.

It is a hoax, masks are not needed and the vaccine is evil - so how could people be dying? amirite?
Reactions: dtgreg and seebell 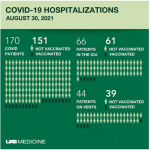 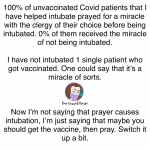 Those people all deserve to suffer from a horrible case of Covid.

92tide said:
i knew we couldn't keep letting florida and texas do all of the dumb crap
Click to expand...

If you remember that Georgia was once a penal colony, it helps splain some things
Reactions: 92tide and Jon

TexasBama said:
If you remember that Georgia was once a penal colony, it helps splain some things
Click to expand...

it's still full of peni
Reactions: MobtownK, Bamaro, Jon and 1 other person

Anecdotally the people I know that got Moderna had a far worse reaction from their shots than my experience with Pfizer
Reactions: MobtownK and tusks_n_raider
4

I’m curious as to the stats on intubation / ventilators.

What percentage of people who get go on ventilators eventually die?

What percentage of the people who go on ventilators and survive were vaccinated?

What percentage of the people who go on ventilators and die were vaccinated?

My intuitive guesses would be (1) at least half, (2) well over half, and (3) not many. But that’s pure conjecture on my part.

Are there any hard numbers?

I agree, though do not know the actual statistics - if the disease has progressed that far, the prognosis is not good.

4Q Basket,
NT18 addresses your question about vaccinated people being intubated upstream in this thread. I understood that he had never seen a vaccinated person get sick enough to be intubated.

I did some googling and couldn't find anything more current than 6 months ago, and that was about 50%. The articles I saw from last year during the first wave, it was much worse.
Reactions: B1GTide

I heard today it’s primarily the younger who are getting sick as most old timers have been vaccinated. Maybe the younger, more fit bodies do better with the tube, I‘m not sure if that would make a difference.
Reactions: MobtownK and B1GTide