30 years ago today, the Atlanta Braves made perhaps the best investment in their future they've ever made.

What you have to understand is that the Braves had come SOOOO close to winning the World Series but lost twice. And they also lost 3 players (David Nied, Armando Reynoso and - most importantly - Vinny Castilla to the Rockies in the expansion draft a month earlier. And there were a ton of free agents on the market, including:

And then there were two guys on every team's want list: Barry Bonds and Greg Maddux.

And I can tell you right now that if you had told Braves fans "you can only pick one of the two," 100% of Braves fans would have taken Maddux even in 1992, which was BEFORE he was the best pitcher in the game (He was clearly on his way). Bonds had a history of choking in October, he was a train wreck to team chemistry, and as one anonymous Braves player said when they got word Bonds was coming to Atlanta in 1992 for his last pre-free agent year, "can you imagine having the two biggest (expletives) in baseball in the same clubhouse," referring to Bonds and Justice.

Atlanta signed Maddux for a song more than the Cubs had offered. Yes - the guy TOOK LESS MONEY to come to Atlanta than the Yankees offered, because he wanted to play for a winner.

(Side note: if the Braves had not lost Castilla, Chipper Jones likely would have been playing shortstop, his actual position, in 1995 or by 1996 at the latest).

Glad he got #300 in Cub uniform. I am glad he did not go to the Yankees because nobody said no to George Steinbrenner (outside of Maddux and Griffey, Jr).
Reactions: tusks_n_raider and B1GTide

My favorite pitcher, but when I think back on that era I mostly remember the annual disappointment.
Reactions: selmaborntidefan and tusks_n_raider

My favorite pitcher of all time too.

When he took the mound you could almost just go ahead and pencil in the win....at worst you felt 90-95% sure the Braves would have the lead or be tied when or IF he left the game.

It was an absolute TREAT to watch him pitch. It was just pure artistry on the mound.

I can't even think of another pitcher who had such command over such an array of pitches AND that knew how to use them to get outs.

Maddux's run from 1992-1998 has to be one of the best and most dominate stretches ever from a pitcher in the modern era and especially when you are talking about a guy with an 88 mph Fastball.

Best Acquisition in the history of the Franchise.
Reactions: B1GTide

B1GTide said:
My favorite pitcher, but when I think back on that era I mostly remember the annual disappointment.
Click to expand...

What I remember mostly is that the Braves big three had the strike zone the size of Texas and just about every other pitcher had the strikzone of a golf ball.

CrimsonTheory said:
What I remember mostly is that the Braves big three had the strike zone the size of Texas and just about every other pitcher had the strikzone of a golf ball.

CrimsonTheory said:
What I remember mostly is that the Braves big three had the strike zone the size of Texas and just about every other pitcher had the strikzone of a golf ball.
Click to expand...

While I understand you're joking, this is a tired comment, too. It's the MLB pitcher version of "Alabama pays players is the only reason they win national championships."

Now - is it TRUE that from time to time that Maddux got a call off the plate?
YES - as is true of every other pitcher when the umpire screws up.

And yeah, you could theoretically say he got more - because he FACED MORE BATTERS (leading the league in 91-92-93) and leading the league in innings pitched five straight years (91-95). You pitch more, common sense says you get more calls. Of course, you're also victimized by more BAD ONES, too, but nobody wants to talk about that.

Look, Eric Gregg DID give the same strike zone to both pitchers that day. That part is TRUE. But that turned whatever advantage Atlanta had with a control pitcher to mush, too. Most pitchers don't really mind a wide or narrow zone just so long as it's called the same way for both pitchers.

Maddux himself admitted he got calls from time to time. He'd hit the strike zone and gradually expand it - because he could throw three pitches in a row consecutively over the inside of the plate, over the edge of the plate, okay a tiny bit inside but so close you can't tell.

I guess it's just a sore sport with me due largely to it being the instantaneous shutdown when someone points out the outrageous strike zone Eric Gregg had that day. "Oh but Maddux..." Yeah, Maddux got a strike zone six inches off the plate every game he pitched.
Reactions: tusks_n_raider and B1GTide

I was living in South Florida back then, and it was a real rush seeing Maddux in a Braves uni at spring training in West Palm Beach in '93. Back then Chipper Jones' jersey number was 65 and Klesko's 73, so they hadn't yet made the show.

Didn't see Maddux pitch in spring training but did watch him against the Padres in Atlanta, where he dominated most of the lineup with the exception of a certain Mr. Gwynn, who seemed to always have his number.
Reactions: tusks_n_raider and selmaborntidefan

selmaborntidefan said:
While I understand you're joking, this is a tired comment, too. It's the MLB pitcher version of "Alabama pays players is the only reason they win national championships."
Click to expand...

It was purely in jest, selma. 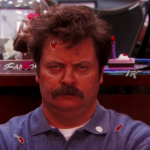 CrimsonTheory said:
It was purely in jest, selma.

I largely know this and figured it - but I've just heard that from too many fans. "Yeah, if you gave me a 24-inch strike zone like Maddux...."

A friend of mine grew up in Kentucky a St Louis Cardinals fan, but he and I would chat at work about baseball and in those pre-text messaging days, we would share when Maddux was pitching again. He would tell me over and over, "I'm a Cardinals fan but how can you NOT admire what that guy can do with a baseball?"

What's funny is that it's actually unfair to say that Maddux in any way "turned the Braves around," which is the after-the-fact memory of folks. He came to the Braves AFTER they'd gone to the World Series twice. But he did SUSTAIN the run for a number of years, too. Don't add Maddux, and the Braves probably go over the cliff when Avery's injuries finish off 1/3 of the "first Big Three."
You must log in or register to reply here.
Share:
Facebook Twitter Reddit Pinterest Tumblr WhatsApp Email Link