When in school, I slept on my desk, the floor, and once in a cubicle.

and I forgot about sleeping on a big storage box that I made. It was 6 feet long and on top of the cubicle. I have a picture that I will try to find and post it.

Police officer:
"Can I have a bite of your hotdog?"
*My bad, wrong movie...they're not in the grass van...LOL...
Reactions: 92tide

Your mileage may vary depending on how much you drink.
Reactions: TexasBama, Bidgoodman, UAllday and 4 others 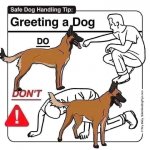 This one is for @NationalTitles18 !

Reactions: The Ols, crimsonaudio, NationalTitles18 and 1 other person

Reactions: The Ols, Bamaro, seebell and 1 other person

Reactions: UAH, UAllday, Bazza and 2 others

Reactions: Go Bama, The Ols, GrayTide and 5 others

Reactions: seebell, The Ols, B1GTide and 1 other person

Reminded me of this pic. Opposite outcome of course. The look on that man’s face, LOL
Reactions: Bazza, crimsonaudio, seebell and 2 others

You got me thinking Tex so I googled "Tonto"

Tonto's name is not Spanish. It's supposed to be a Potawatomi name, though in reality it was just picked because someone liked the sound. This from Wikipedia:

The radio series identified Tonto as a chief's son in the Potawatomi nation. His name translates as wild one in his own language. For the most part, the Potawatomi did not live in the Southwestern states, and their cultural costume is different from that worn by Tonto. The choice to make Tonto a Potawatomi seems to come from station owner George Trendle's youth in Michigan. This is the traditional territory of the Potawatomi, and many local institutions use Potawatomi names. Tonto's name, according to an NPR news story on the Lone Ranger, was inspired by the name of Tonto Basin, Arizona.
Click to expand...

Ke-mo sah-bee (/ˌkiːmoʊˈsɑːbiː/; often spelled kemo sabe, kemosabe or kimosabe) is the term used by the fictional Native American sidekick Tonto as the "Native American" name for the Lone Ranger in the American television and radio programs The Lone Ranger. It has become a common catchphrase.

Ultimately derived from gimoozaabi, an Ojibwe and Potawatomi word that may mean "he/she looks out in secret",[1] it has been occasionally translated as "trusty scout" (the first Lone Ranger TV episode, 1941) or "faithful friend".[2] 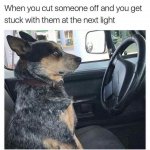