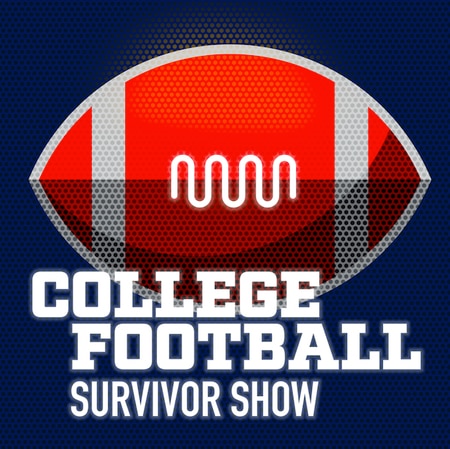 Where SEC games fit among the 10 most important games of the college football playoff race: College Football Survivor Show 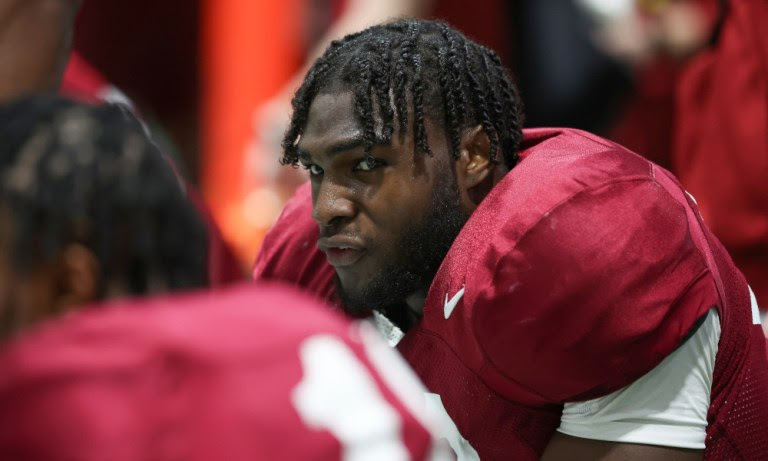 Will Anderson did not have the Heisman Trophy on his list of preseason goals for 2021, but the Alabama outside linebacker dominated college football. He was a finalist for the coveted bronze award and should have been in New York City for the presentation. Anderson had one of the greatest performances for a Crimson Tide […] 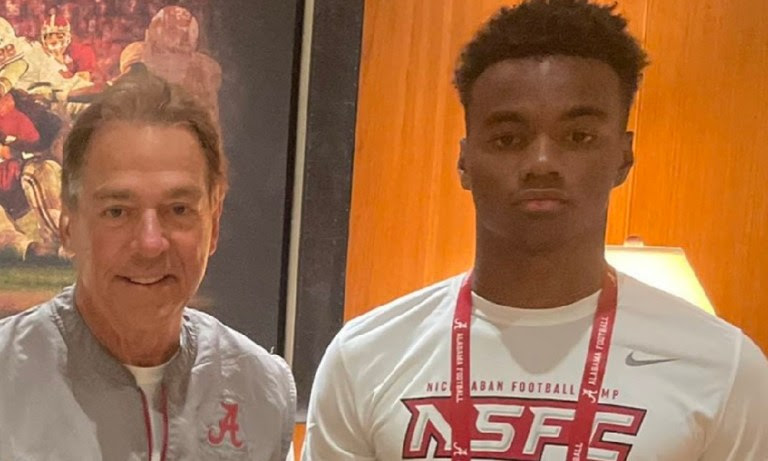 Ju’Juan Johnson was at a loss for words when he found out he picked up an offer from Alabama football Wednesday. Johnson attends Lafayette Christian Academy in Louisiana. Alabama is the seventh D1 program to offer the rising junior. The 2024 prospect found out about his offer during a conversation with Nick Saban, and he […]

Dallas Turner shows ultimate respect to Will Anderson in growth as a linebacker: “I feed off him” 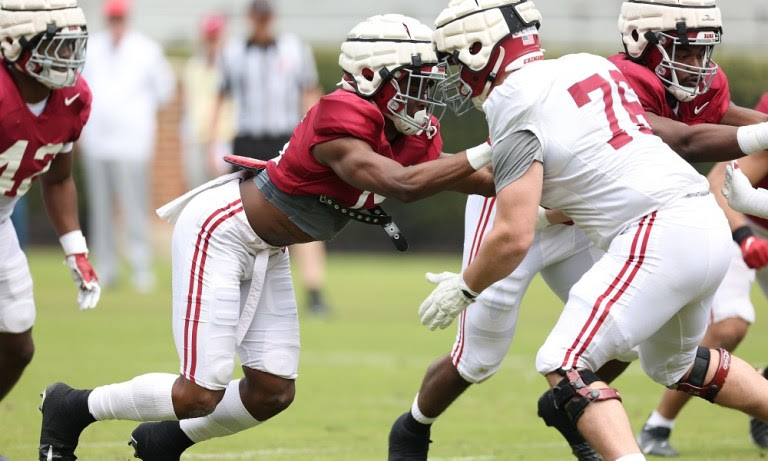 The pass rush duo of Will Anderson and Dallas Turner will have the heads of quarterbacks spinning. Turner was not a full-time starter in 2021, but he totaled 8.5 sacks, 10 tackles for loss, and five quarterback hurries. As he has a year under his belt and Anderson being a force in college football, it […]

WATCH: Alabama set to have another jam-packed recruiting weekend 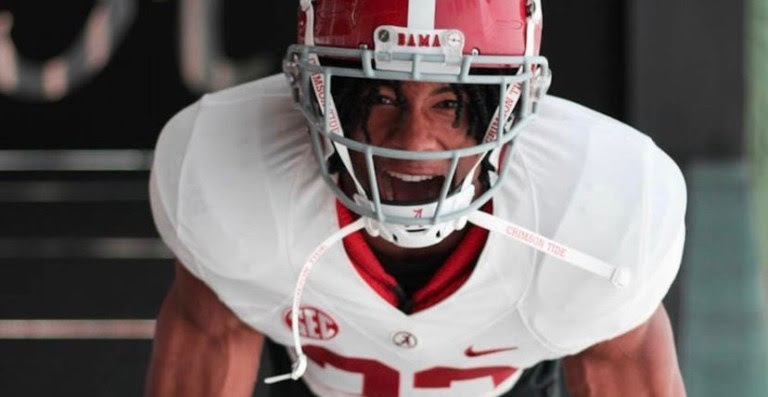 Alabama football is continuing its big month on the recruiting trail by hosting another loaded group of official visitors this weekend. Touchdown Alabama Scouting/Recruiting Analyst Justin Smith provided a breakdown of the Crimson Tide’s expected official visitors on the latest episode of “The Process.” The full episode can be streamed below.

Jahmyr Gibbs is the MOST talented and explosive RB in America. And was last season. I could easily make the case he is the most talented and dangerous player in the country with the ball in his hands no matter the position.Minus maybe Bryce,Caleb Williams,and Hendon Hooker.He doesnt have world-class top end speed,but he is the most dynamic 1-cut runner with either foot I have seen for a long time. Think a combo Kamara/Reggie Bush/A bigger Jaylon Waddle.A threat to go 30,40,50,60,or 70 every time he touches it.

To not mention Tyler Harrell and Christian Leary as Very possible Big-Time ball catchers this fall is a mistake.Jamo was fantastic last year,and IF anyone tries to tell you they could name 6-8 better all-around WRs in college football last season than John Metchie?...They dont know what they are talking about.Metch caugh over 150 balls the last 2 seasons and was as dependable and tough as they come. These 2 will be missed.

However,I believe The Tide's throwing game will be better this year and much more diverse,Not too many people really comprehend just how good Burton really is.And Harrell? Once he gets comfortable he will blow the doors off opponent's backends. Like Jamo. All JoJo and Leary need is the time and the confidence.And show they will catch the football. Brooks and Holden arent quick-twitch burners but both have good size and both should combo to give this team more underneath and intermediate than Slade did.We got some real promising young guys to go with Latu in Outzs,Jurrassic Niblack,Danny Lewis,Elijah Brown,and The Juco kid Miles K.

And who in the world of Tide Fans could not be going crazy over the abilities of A Anderson,K Prentice,S Preston,K Law,and I Bond....I am telling you that these guys are athletic and really fast.In fact, this is the fastest WR room I have EVER seen in college football.

And....Who has a better RB room catching it and making things happen?..Answer: Nobody...BOB is the luckiest guy in this country with so much ammo in the garrison. Get creative and use it.
Reactions: jasongilbert69 and kyallie 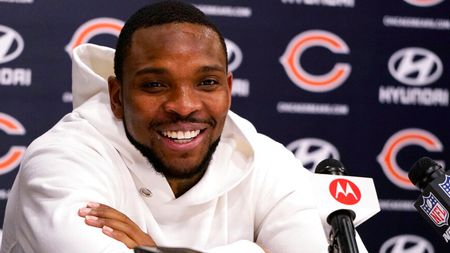 Makes me laugh every time I watch! Number 20 whiffed twice on the play...
Reactions: kyallie 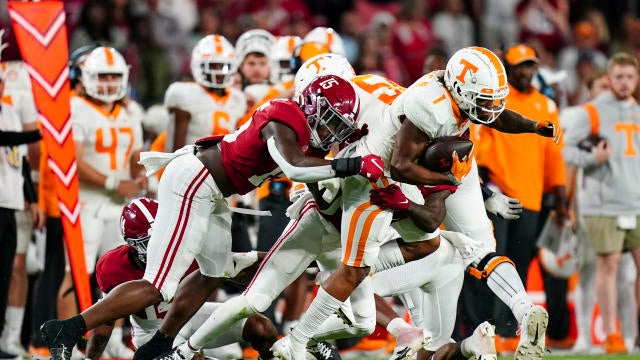 Tide will have to turn away top recruits again

Succinct and to the point!

All Things CW: 10 Things to Wonder About Alabama Athletics Heading into 2022-23
From football to softball, the 2021-22 athletic year left Crimson Tide fans with a lot to ponder as they turn their attention to the upcoming seasons.

Crimson Tide Roll Call: Sunday, June 19, 2022
Your daily briefing on what's going on with Alabama athletics, and how to watch the Crimson Tide. 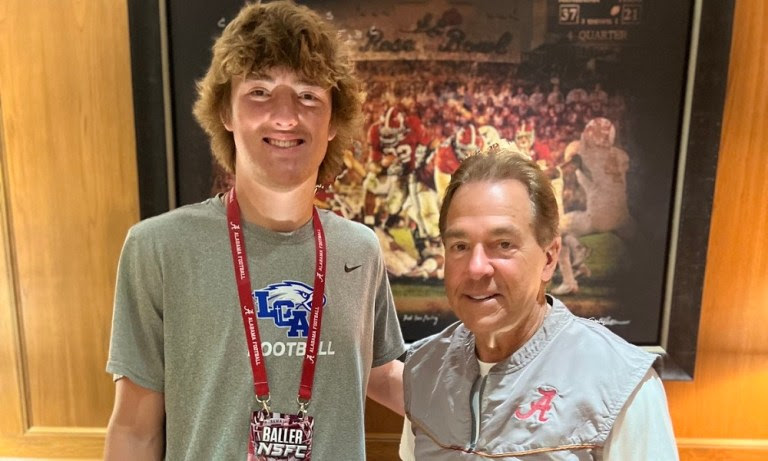 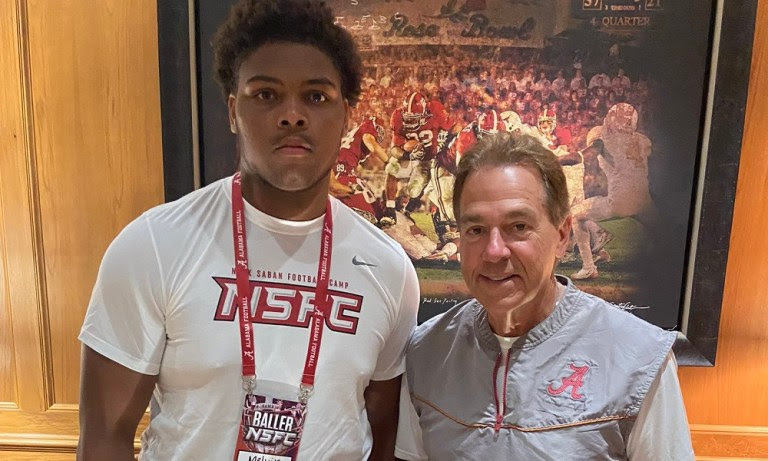 Melvin Hills III earned an offer from Alabama after participating in camp at the University of Alabama Wednesday. Hills attends Lafayette Christian Academy in Louisiana. Alabama football is the fifth D1 program to offer the rising junior. Nick Saban informed Hills he had an offer from the Crimson Tide in a meeting after the camp […] 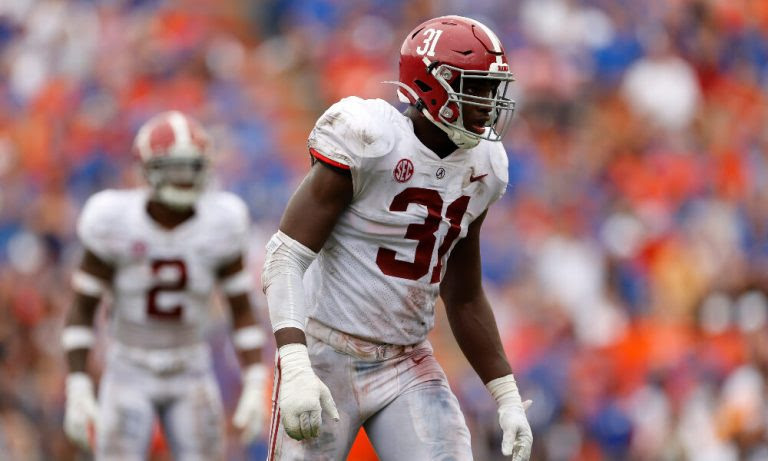 Derrick Thomas has the most single-season sacks in school history for Alabama football. Since 1988, his output of 27 and 18 (1987) stands at Nos. 1 and 2 respectively. Will Anderson came close to Thomas’ 18 in 2021 as he posted 17.5 sacks during his sophomore campaign. He was the most dominant defensive player in […]
Reactions: Con
You must log in or register to reply here.
Share:
Facebook Twitter Reddit Pinterest Tumblr WhatsApp Email Link