Patton said:
That is a true statement.Sometimes it takes a JUCO kid just to have the opportunity.Sometimes they may not have had a whole lot of success in the classroom.Maybe they fall through the cracks that makes some of the recruiting sites and their "experts" very questionable to someone like me. And often. I pay as little attention as possible to a huge percentage of evaluations I read.I do my own.And I am wrong all the time. Like issues that Anoma and Alfano had for example.

And sometimes it takes these JUCO kids awhile to adjust. Just like it does almost every true 1st year player right out of HS when it becomes overwhelming to a lot of them to make the transition.

This kid's explosiveness,athleticism,speed,and physicality just jumps off the tape. And The Tide Coaches probably didnt take a minute to be blown away by Justin when he camped.Same with Malik Benson. And I am one who believes that Khyree Jackson will play a long time in the NFL.
Click to expand...

Always remember Gene Stallings' quote when asked if UA would recruit smarter players: "It's a lot easier to teach them how to read than how to run fast." LOL. Football was once a brute force game...right now it is a speed game.
Reactions: Ole Man Dan, Con, Patton and 1 other person 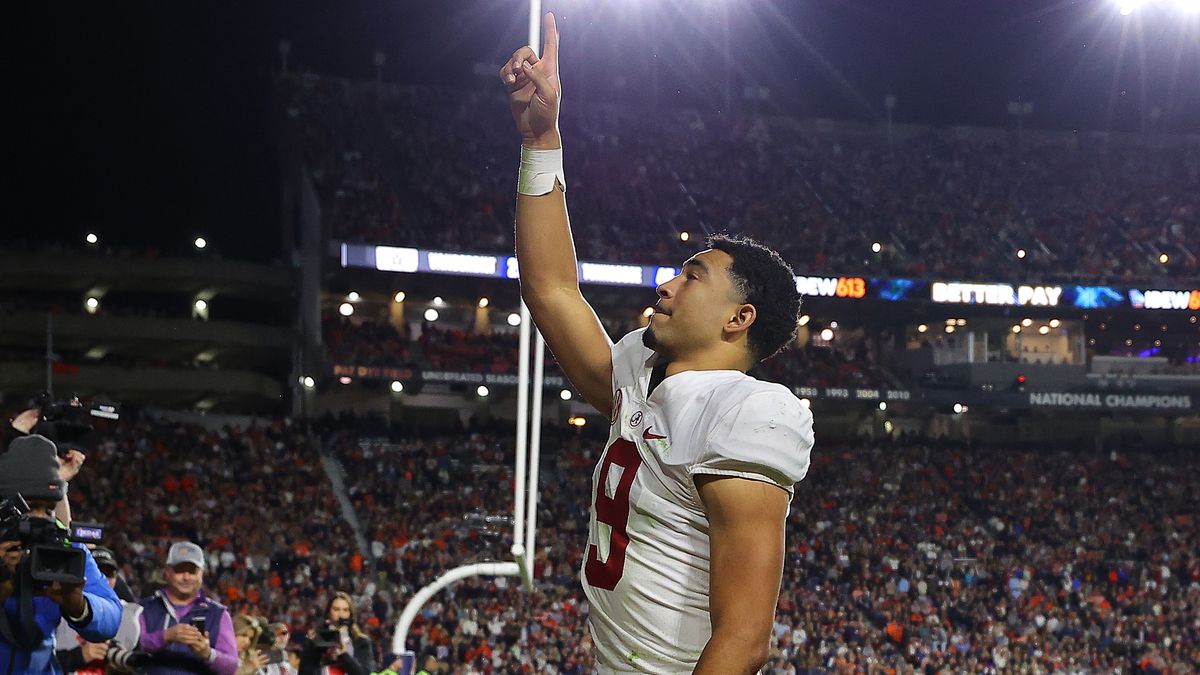 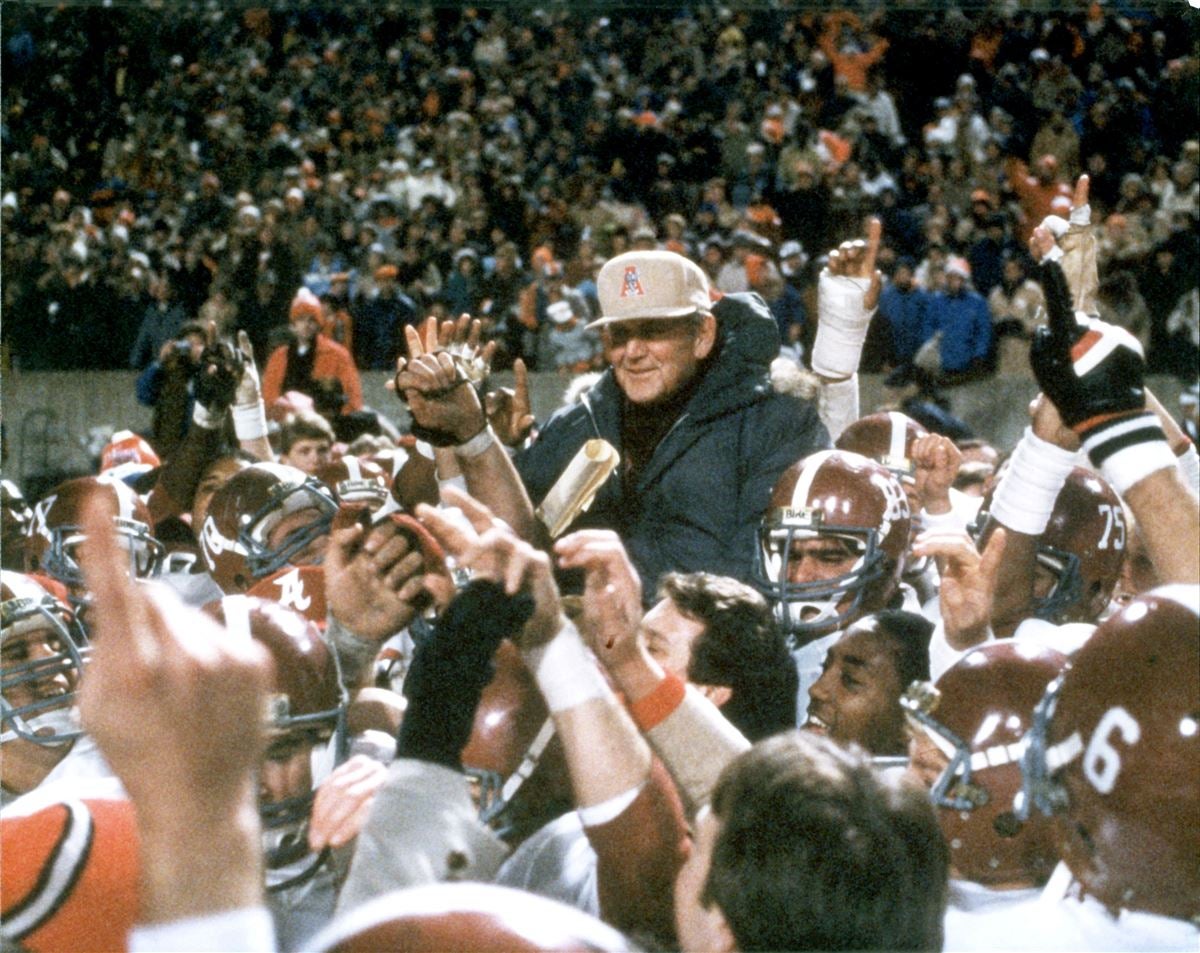 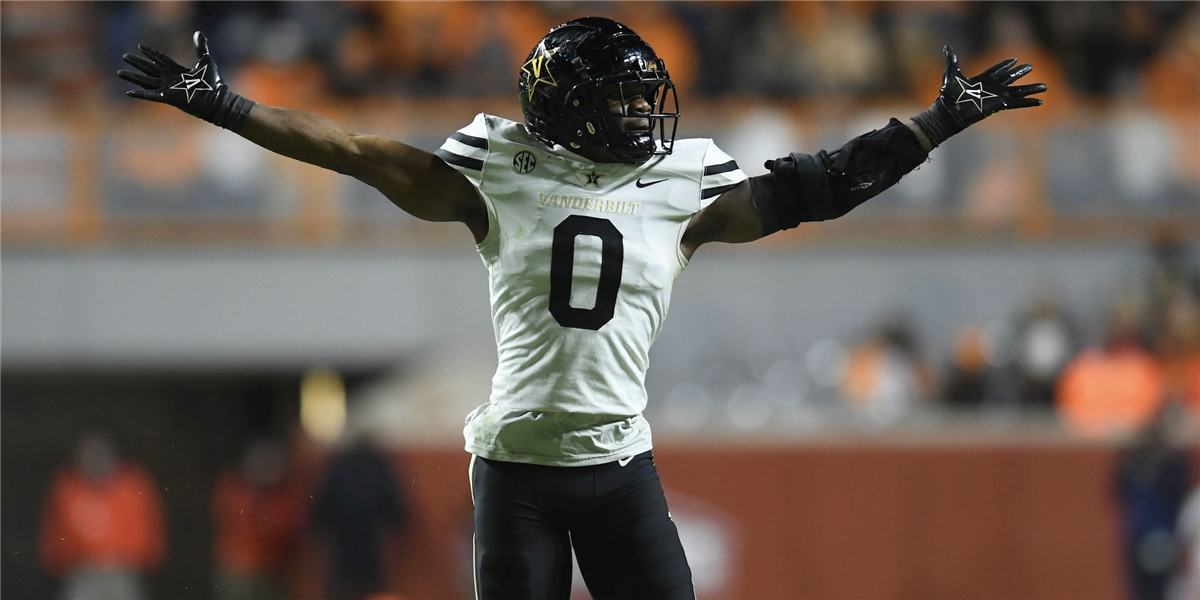 Only way to go for Auburn is up

Padreruf said:
Always remember Gene Stallings' quote when asked if UA would recruit smarter players: "It's a lot easier to teach them how to read than how to run fast." LOL. Football was once a brute force game...right now it is a speed game.
Click to expand...

It sure is.There is no question in my mind that Justin Jefferson would be a tremendous Strong or free safety right now,and would have been recruited as one 7-10 yrs agversized guys like Ragland and T Depriest would have big problems today playing at the weight they played at. They kind of did then.

Even though it doesnt mean everything?..Whoever said "speed kills was a genius.That is why I am so high on Jermaine,Tyler Harrell,Leary,JoJo,Bond,A Anderson,and Prentice.And I can guarantee you that Shazz Preston and Kendrick Law can get it too, and THolden,Brooks,and TJ-Bell arent turtles either..Plus Gibbs is the most elite 1-cut runner in college football,and almost always will make that 1st guy miss at the LOS.In Alabama's offense healthy.He will be out in the open all the time picking them up and sitting them down.

Crimson Tide Roll Call, Wednesday, June 29, 2022
Your daily briefing on what's going on with Alabama athletics, and how to watch the Crimson Tide.

BamaCentral 22 for '22: Who Will Return Punts for Alabama this Season?
JoJo Earle enters the fall as the favorite for the Crimson Tide's punt-returning role, but he'll face some serious competition. 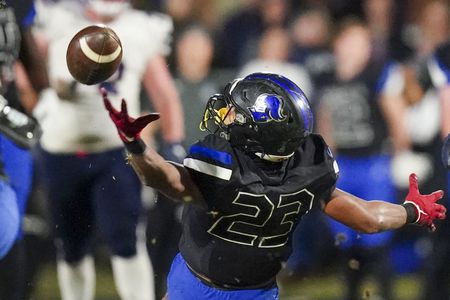 Dalvin Tomlinson reunites with former Alabama assistant
The Crimson Tide alumnus is working with Chris Rumph in the NFL. 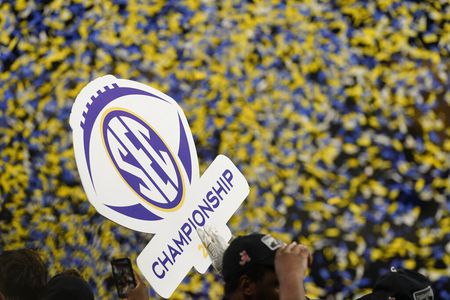 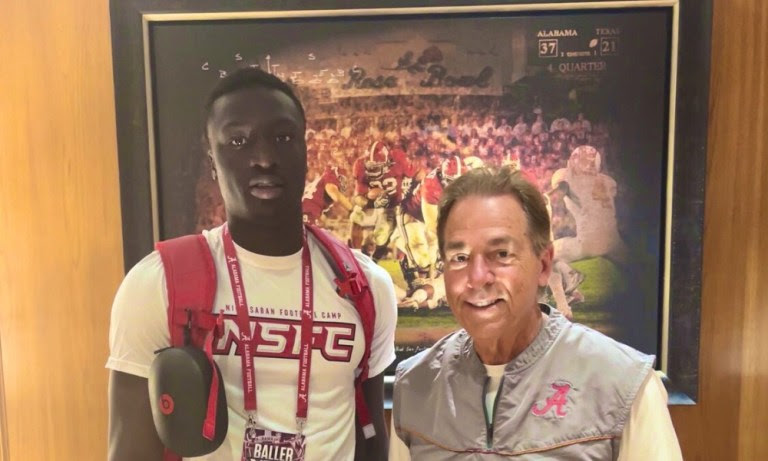 Bai Jobe announced his final three schools Tuesday via Twitter ahead of a commitment decision. Jobe attends Community Christian School in Oklahoma. However, he is originally from Senegal. The Senegal native listed Alabama, Michigan State and Oklahoma as his final three schools Tuesday. The Crimson Tide hosted Jobe for camp earlier this month, and he […] 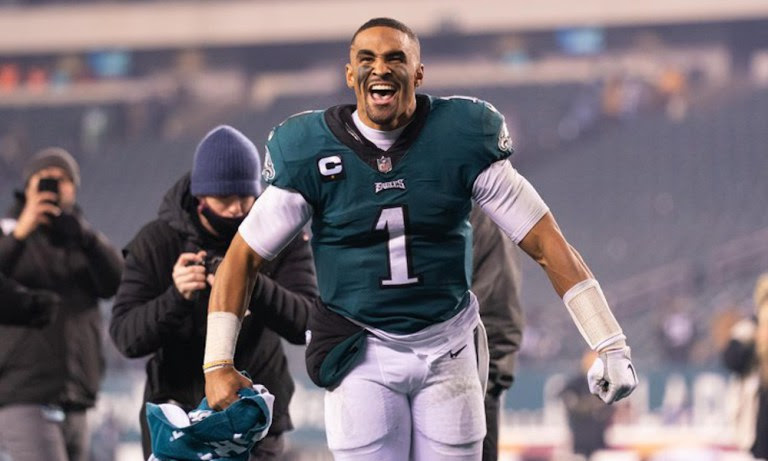 Jalen Hurts has prepared himself to have a breakout year in his third pro season, but could the former Alabama quarterback play himself into a massive contract with the Philadelphia Eagles for 2023? He has an opportunity to do it if he turns in marquee numbers in the fall. RELATED: Former Alabama QB AJ McCarron has […] 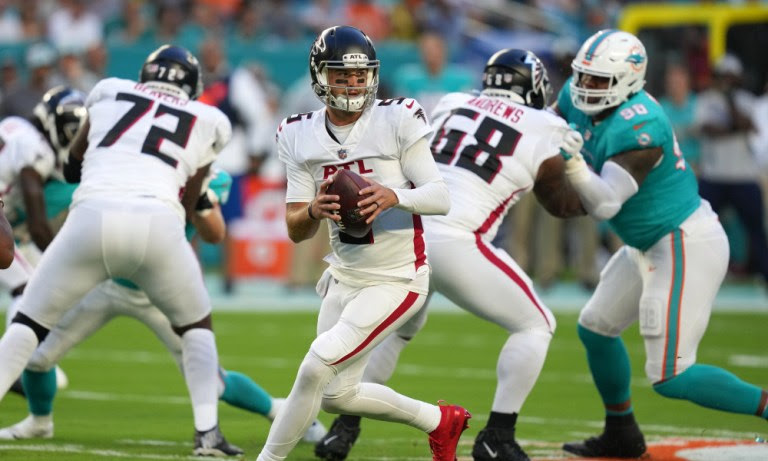 Injuries can be difficult to overcome in the later stages of any athletes playing career, especially in the NFL. But former Alabama quarterback AJ McCarron has put in the work to make a return to the pros after recovering from a torn ACL which forced him to miss the 2021 season. During an appearance on […]
Reactions: GP for Bama 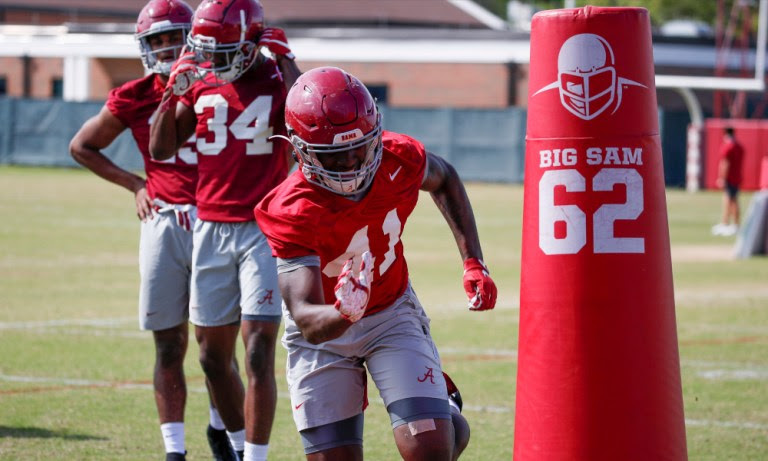 We have had the opportunity to feature Dallas Turner, Brian Branch, and Chris Braswell via In My Own Words. All three defensive players for Alabama football told Stephen M. Smith of Touchdown Alabama Magazine to expect this group to become the best defense in the Nick Saban era. The Crimson Tide is coming for a […] 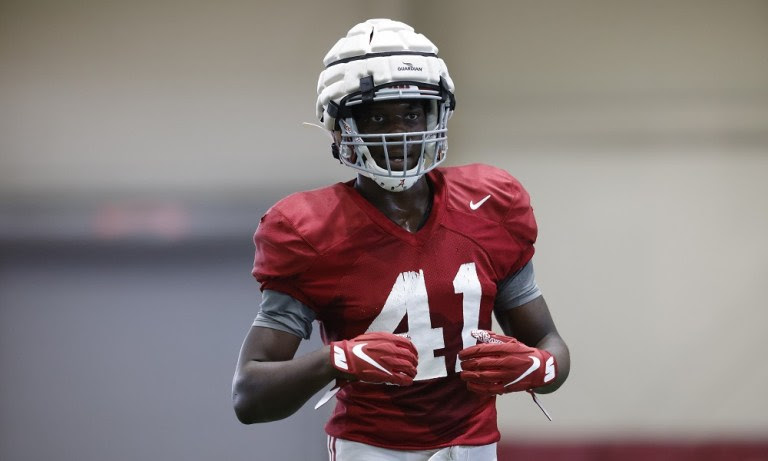 Alabama fans know Will Anderson and Dallas Turner, but they are about to become familiar with Chris Braswell. As a third-year linebacker from Maryland, Braswell is excited to unleash his skill set in the fall. He has waited patiently for an opportunity to pressure quarterbacks, and Braswell has earned Nick Saban’s trust. The 6-foot-3, 240-pounder […] 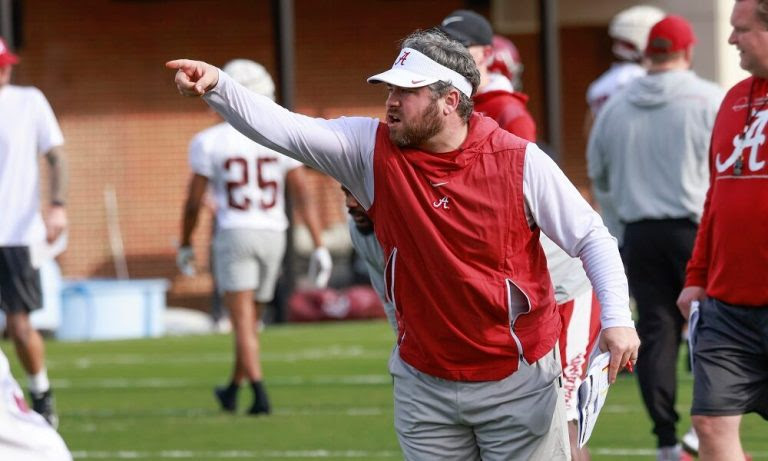 — Pete Golding (@CoachGolding) June 28, 2022 The elephant emoji has grown into a smoke signal for Alabama fans. Golding typically tweets the emoji when the Crimson Tide are in line to […]

How high is Alabama willing to spend in NIL to secure top recruits? 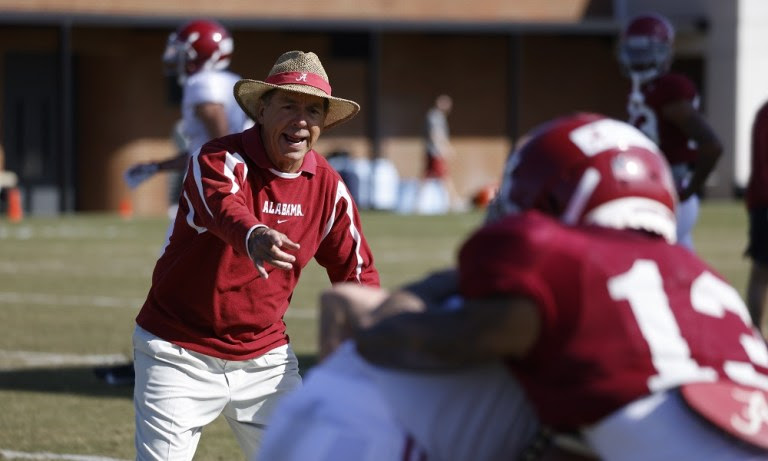 The name, image, and likeness culture is part of college football now. Student-athletes are getting compensated by boosters and third-party collectives, and recruiting is affected. RELATED: Elite in-state RB Anthony Rogers enjoys bonding with Alabama How much is your NIL collective? How many NIL funds can I obtain from attending the program? These are becoming the […]
You must log in or register to reply here.
Share:
Facebook Twitter Reddit Pinterest Tumblr WhatsApp Email Link