North Carolina's 12th district resembled a severely broken snake until it was revamped in 2017. Pretty much all of Maryland's districts defy comparison to anything but abstract art. And then there are a few dozen districts that look like letters in the alphabet — so much so that an anonymous gerrymandering fighter turned them into a font.

A few of the letters in the Ugly Gerry typeface are a combination of side-by-side districts, while New York's 8th District is turned on its head to be both the "M" and "W" in the alphabet. But most of the districts don't even require much squinting to resemble letters, which are all downloadable in one file on UglyGerry.com.
Click to expand... 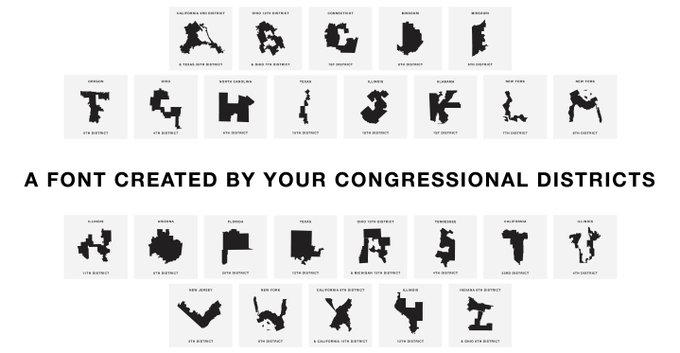 some of those districts defy belief.