B1GTide said:
Notice of Allegations - and it is not Ohio State, it is Oklahoma State:

To be honest, I wouldn't be too upset if we got the punishment hinted at around OSU. A fine, a scholarship or two, an arbitrary number of recruiting days and probation.
M

Is L$U supposed to get one as well? I know there still being investigated.
B

It's 4 programs I'm interested to see how the NCAA handles just because they pointed them out as specific offenders: NC State, Arizona, Kansas, and Louisville.

It seemed at the time that NC State would get the worst penalty out of the group ... but things have been quiet about them since the NCAA's announcement in July. Maybe the North Carolina High School Athletic Association needs to get involved ...

AUDub said:
To be honest, I wouldn't be too upset if we got the punishment hinted at around OSU. A fine, a scholarship or two, an arbitrary number of recruiting days and probation.
Click to expand...

Based on this statement, you are expecting far worse...?

NoNC4Tubs said:
Based on this statement, you are expecting far worse...? :conf3:
Click to expand...

No not really. I'll be pretty surprised if they hammer us much harder than that.

Key thing is that we do deserve some sort of punitive measure. Can't have a coach passing money to players.
Reactions: BAMAVILLE
B

Multiple fans wore FBI jackets, hats, and fake mustaches and sat near the end of the LSU bench and Wade, The Advocate reported.

Despite the ribbing, Wade didn't take anything too personally.
"No, in all seriousness, I know it probably didn't end how everybody wanted it to," Wade said. "But you appreciate the atmosphere and the fans."

Fans got on Wade before the game even started and serenaded him with a minute-long rendition of boos. It was the 137th consecutive sellout for VCU and the fans weren't going to miss an opportunity to let Wade hear it.
In addition, the "Rowdy Rams" student section proceeded to toss fake $100 bills into the air to mock Wade.
During Wade's time in Richmond, he accumulated a 51-20 record and led the Rams to a pair of NCAA Tournament appearances.
VCU ended up getting the best of No. 23 LSU as the Rams came away with an 84-82 win on their home floor.

The fact that there is not more outrage that Will Wade is still coaching blows my mind. LSU should be banned from postseason play until Wade is fired IMO.
Reactions: teamplayer, CrimsonRuss and B1GTide

Now the funny thing about that is he coached there just three years ago and took them to the NCAA. hmmmmmm....wonder if they've really thought about that.
Reactions: mlingerfelt31 and dayhiker
T

NationalTitles17 said:
Now the funny thing about that is he coached there just three years ago and took them to the NCAA. hmmmmmm....wonder if they've really thought about that.
Click to expand...

They're probably like most fans. They don't care if he cheated there as long as he was winning. However, go somewhere else and he becomes public enemy number one.

There's a special on NCAABB coming out, and it sounds like Dawkins gave them the Will Wade tape.
Reactions: mlingerfelt31
B 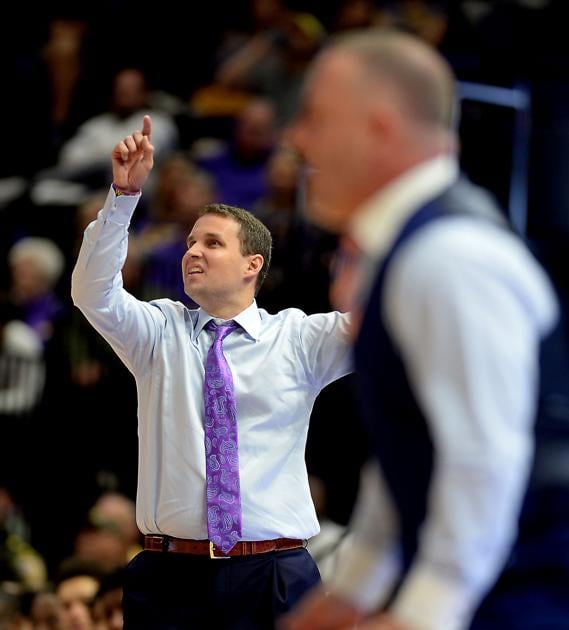 Rabalais: HBO documentary is a bad look for LSU's Will Wade, but it's not a new look

It opens with a black screen, followed by a quote from late UNLV basketball coach Jerry Tarkanian:

I hope he gets fired.

mlingerfelt31 said:
I hope he gets fired.
Click to expand...

If he had gone on to win the Tournament, all would have been forgiven...
B

mlingerfelt31 said:
I hope he gets fired.
Click to expand...

I think most of the programs have got hip to the fact that they can challenge the NCAA on this, he won't be going anywhere unless the NCAA rules something big against them. And by big, I mean pretty much shutting down the program.
You must log in or register to reply here.
Share:
Facebook Twitter Reddit Pinterest Tumblr WhatsApp Email Link