Nerds Were Almost Perfect In Picks

CFB Playoff Ranking Projection: Get ready for big changes in the top 10

Alabama defense will have to step up in Atlanta

Alabama football: 3 matchups the Tide can exploit against Georgia in SEC Championship

Will battle-tested Alabama be better prepared for postseason success?

Jared Mayden pushes Alabama to NFL participation high
The Crimson Tide has had more alumni play in NFL games this season than it ever had previously.
Reactions: The Ols

Georgia’s gut-wrenching history with Alabama isn’t weighing on Kirby Smart
Alabama's outscored Georgia 31-0 in the fourth quarters of its last three wins over Kirby Smart and the Bulldogs.

Minkah Fitzpatrick: ‘This isn’t our normal standard’
The Steelers have given up 41 points in back-to-back games. 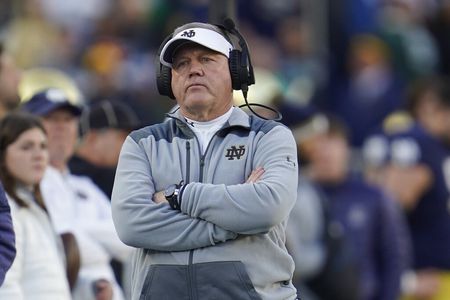 Could Bill O’Brien be on the move? 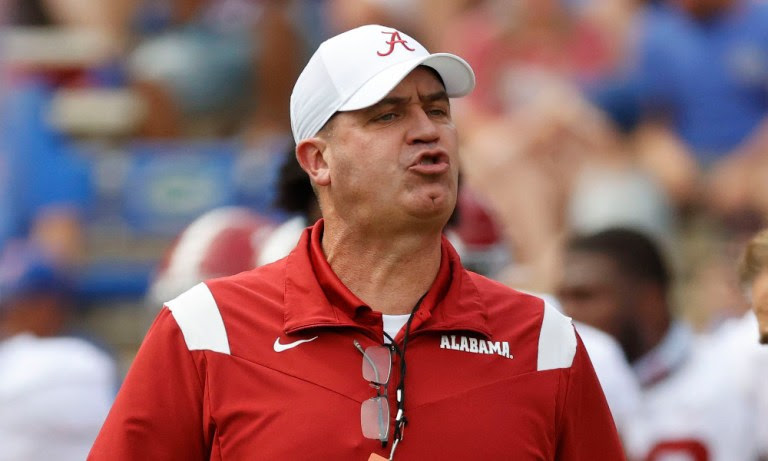 The Bill O’Brien saga is beginning to take a dramatic turn of events as the coaching carousel portion of the college football season is in full swing. With rumors swirling of a potential O’Brien to Virginia Tech possibility, the pendulum of emotions among Alabama fans would send shock waves from Tuscaloosa to Blacksburg. While there […] 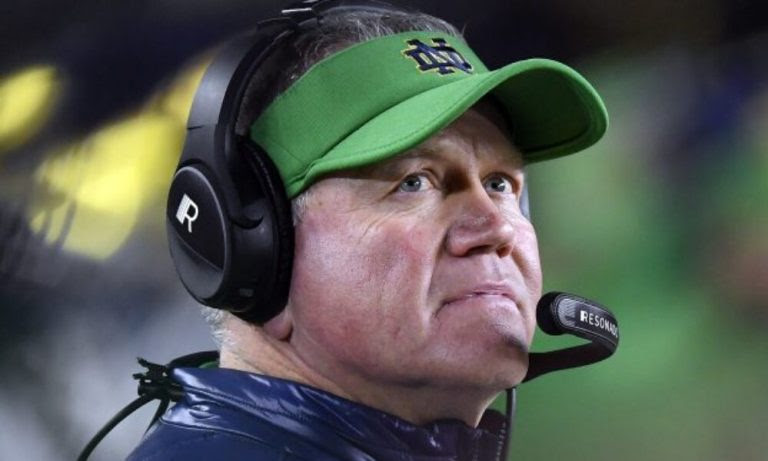 Another coaching bombshell was dropped Monday night as multiple reports shared that LSU would be naming Notre Dame’s Brian Kelly its next head coach tomorrow. Kelly, who’s led Notre Dame to now five straight seasons of at least 10 wins and led the Fighting Irish to the College Football Playoff as recent as last season, […] 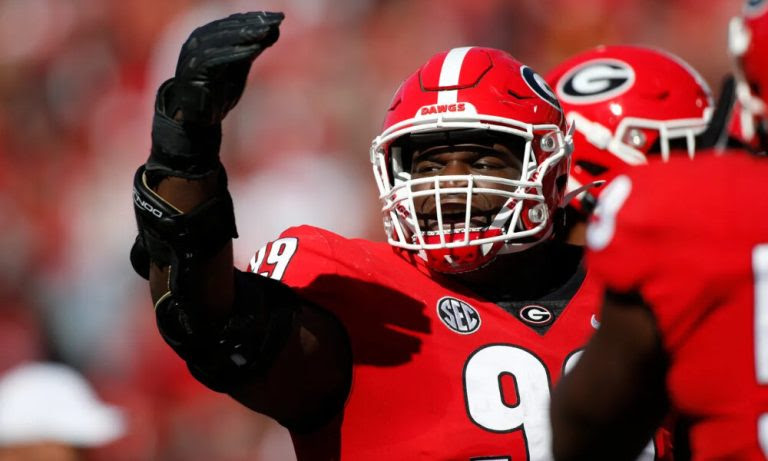 Even on a Georgia defense that is riddled with future pros and All-Americans, it’s impossible to miss Jordan Davis. Standing at 6-foot-4 and 340 pounds, Davis is the driver in the middle of the Bulldogs front seven and has terrorized his opponents throughout the season. His play has caught the attention and respect of Alabama […] 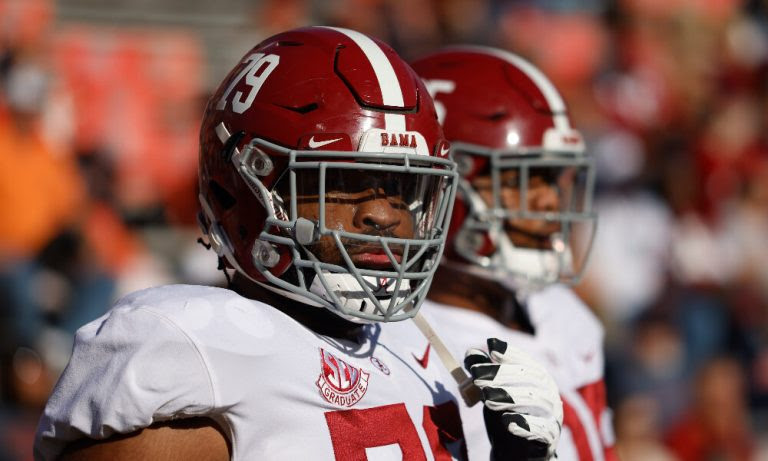 Without considering the four extra overtime periods, it was a long four quarters for the Alabama offensive line during the Iron Bowl. Auburn saw loads of success against a Crimson Tide front that has been beat up and inconsistent all season long. Head coach Nick Saban was forced to bench right tackle Damieon George in […]
Read on » 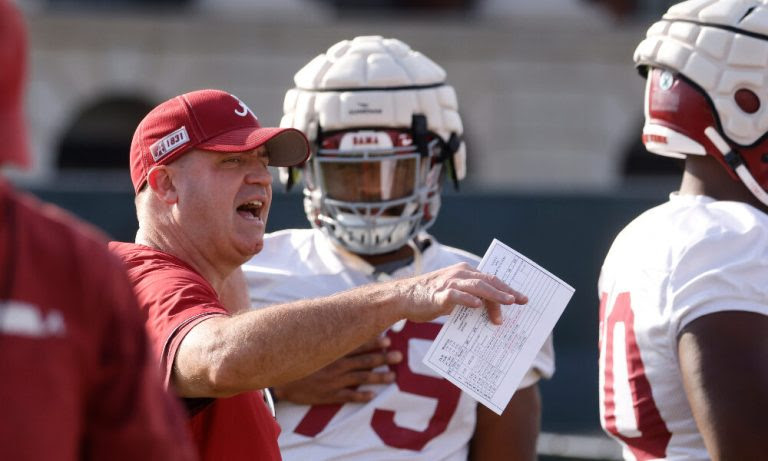 The Bill O’Brien experiment at Nick Saban’s coaching rehab has been positive and negative. Alabama is averaging 42.7 points per game on offense, but there have been several times where O’Brien has not fit what the Crimson Tide is now. After seeing what Lane Kiffin, Brian Daboll, Michael Locksley, and Steve Sarkisian brought, O’Brien was […]
Reactions: Bama63 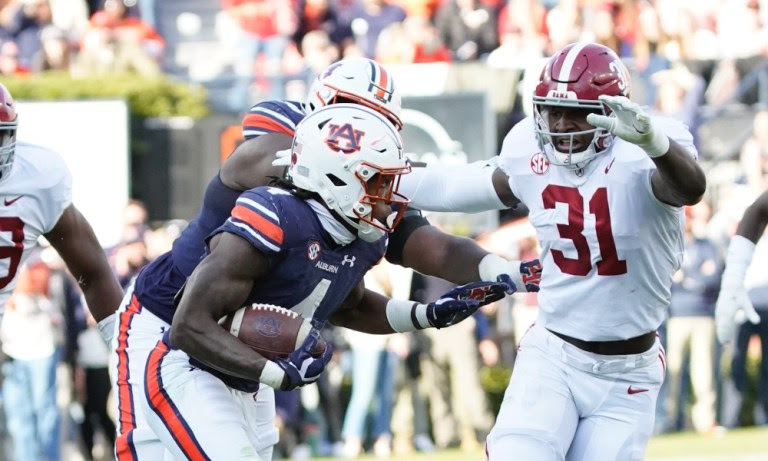 Several storylines will take center stage for the Southeastern Conference title game. Alabama and Georgia know each other well, and both played against each other six times during Nick Saban’s tenure in Tuscaloosa. The Bulldogs’ lone victory came in 2007 at Bryant-Denny Stadium in overtime. Georgia earned a 26-23 win in Saban’s first year but […]
You must log in or register to reply here.
Share:
Facebook Twitter Reddit Pinterest Tumblr WhatsApp Email Link