During its game against Texas A&M on Saturday night, Alabama got an early jump on its 2025 recruiting class when Saraland sophomore wide receiver Ryan Williams announced his commitment on social media.


Williams, who was a quarterback prior to his freshman season, is a 5-star recruit, according to the 247 composite rankings, and one of the top sophomores in the country.
Click to expand... 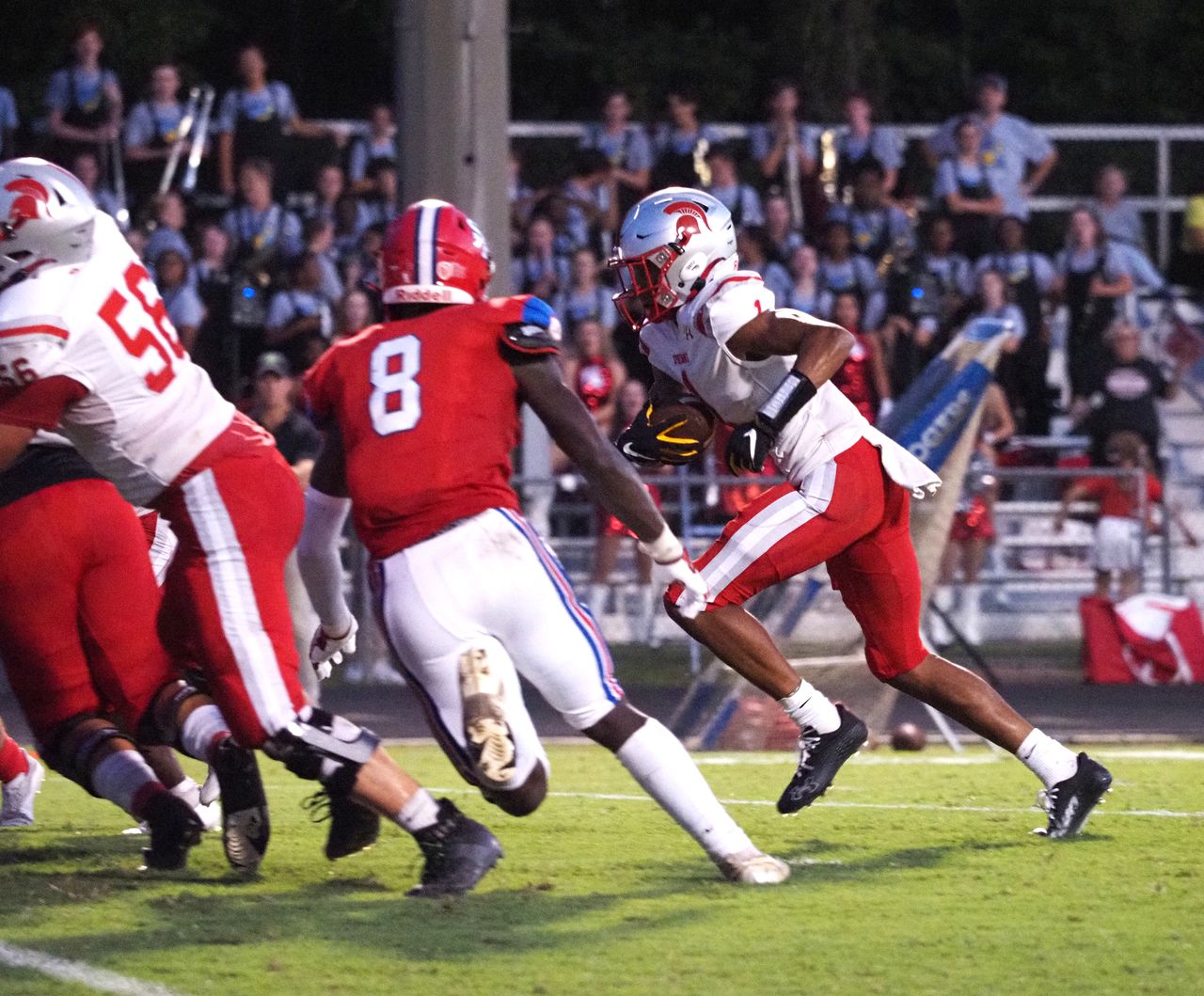 The Crimson Tide readied for a major recruiting weekend against the Aggies. It got great news in the first quarter.

Also runs track. As a freshman, qualified for the Alabama 6A state championships in the 100- and 200-meter events. Placed fourth in state in the 200 meters...

Ones as good as Ryan Williams do.
Reactions: bamabelle1991, MemphisBamaDude and The Ols
E

He is a nice get

Ive watched this young man play vs 6a region down here and hes electric
Reactions: Con, twofbyc, TiderJack and 3 others
G

LetTheGoodTideRoll said:
Ones as good as Ryan Williams do.
Click to expand...

yeah - when a freshman places 4th in the state in the 200M, they're going to start getting attention. Seeing that the speed translates to the football field will get you an offer.
Reactions: RollTide_HTTR, LetTheGoodTideRoll and The Ols

Assuming that was a rhetorical question . Welcome and RTR Ryan.
B

Williams just scored on a 61 yard run in the 6A title game.
B

Williams scores again!! Future is bright!! Looking sharp with his bama gloves! He even did a crane kick pose

he did get.penalty though… all bama! Got to keep this young man committed hes special
Reactions: bamacpa and Tidelines
T

Just added a third touch down . Mountain Brook can’t catch him.
B

Williams with a 58 yard run for his third TD of the night. 7 minutes left in the half. He’s kinda good.
Reactions: B1GTide
B

TD number 4 for Williams on last play of the half
Reactions: LetTheGoodTideRoll and The Ols
J

he seriously might be the best WR regardless of classification
Reactions: BJ4TIDE, Perrett4Bama, Padreruf and 1 other person

Jam, it is midnight, go to sleep.

My favorite current Bama commit regardless of class. Tough choice between him and a healthy Jaylen Mbakwe.
T