Do You Want Oklahoma And Texas To Join The SEC?

OSUTideFan said:
I turn my back for one afternoon and this is what happens!

There was a lot of sound and fury.
E

Nothing but a paddle person getting paddled for starting a fuss. Otherwise it was nothing
Reactions: crimsonaudio

81usaf92 said:
Did you miss that he won a vacation?
Click to expand... 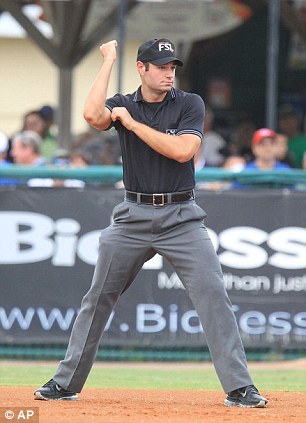 Keeter said:
well, as you know, close only counts in horseshoes and hand grenades........and we can agree to disagree on it and it’s all good...... of course, I think LSU or Bama would have beaten OSU, but we shall never know.
Click to expand...

The only thing I want to contribute to this is in the first sentence, you left out “dancing”
Reactions: Ole Man Dan and Padreruf
E

LSUgrad2BamaDad said:
The only thing I want to contribute to this is in the first sentence, you left out “dancing”
Click to expand...

TishomingoRyno said:
It's pretty clear how welcoming Bama fans are. You guys are really pleasant. I posted I feel OSU was the best team in 2011 IMO and that I'm proud of OSU as a great overall athletics program....

Bama fans come in and attack. I expect that from LSU fans.

You don’t seem to have much self-awareness….because if you did, then you’d have realized that you walked in like this:

81usaf92 said:
Nothing but a paddle person getting paddled for starting a fuss. Otherwise it was nothing
Click to expand...

The fellow projected pride for his athletic program and that makes sense; but it's obvious that he looks at OU and UA's generous endowment of football trophies and has pigskin envy.

Let's have a poll to see how many want Okie St in the SEC
Reactions: OSUTideFan, TideEngineer08, Padreruf and 3 others

Good God, what a day in this thread. Is it the color Orange?

TishomingoRyno said:
I never said OSU should have moved up. We were ranked 2nd when we played Iowa State and dropped to 3. We went on to play #10 OU the next week and beat them 44-10. After that win, and Bama not making it to the SEC championship... OSU should have got in the title game IMO (again, we have the Playoffs now because of that).

OSU was less than .09 points away from the #2 spot... the smallest in BCS history. USA Today SCREWED the Pokes out of the title game. Had OSU ranked 5th below Stanford (who OSU beat) and freaking VaTech. That was why we didn't get in. USA Today. F'ers.
Click to expand...

You said earlier it was because of ESPN and its SEC ties that OSU did not get in - which is it?

The truth is that your "logic" is based primarily on emotion not real logic, which is understandable. The truth is that Bama would have beaten OSU like a drum but of course you can't see it. The truth is that Alabama lost to one of the best teams of the last 20 years; a game it controlled throughout and lost in OT. It was obvious that Bama was the better team but missed 4 FGs and lost a controversial int on the goal line. Much of the nation felt that Alabama was the best team that year, why should they be penalized for having the misfortune of being in the same division with one of the best teams of that decade? Not winning the division was irrelevant since it was not a condition of qualification. People were sick of the SEC winning, sick of the dull "defensive" football played in the SEC and even sicker of the flag football played by the Big 12. (Unfortunately, rule changes have forced most of college football into the same mode now.)

Btw, Stanford outplayed OSU badly in the bowl game, jerked them around the field like a rag doll - only a David Shaw coached team could have lost that game. Outgained OSU by almost 200 yards, ~600-~400, first downs about 30-15, out-rushed them about 250-10. OSU was a one-trick pony - no D, no rushing attack, just throw, throw, throw. Who wanted to watch that?

Bama would have likely beaten OSU something like 45-24. But we will never know since the college football world did not think that OSU was one of the two best teams in the nation. Alabama vindicated the nation's trust by dominating LSU 21-0 in the title game. It has gone on to win 4 more NCs following that game.

EDIT: I answered this from page ?9-10?. If I had known what would transpire I would not have bothered.
Last edited: Sep 29, 2021
Reactions: crimsonaudio, TideEngineer08 and RollTide_HTTR
C

DzynKingRTR said:
I met one of these freaks that hate "the smell" once. They were president of the HOA. It was only allowed on certain days. I said not nice words to her and may have implied her husband had girl parts.
Click to expand...