I am not too enthusiastic at all about bring a tube full of potential Martian life back to the Earth for testing.
Should that get loose on Earth, what kind of immunity might humans have to a life form never before encountered?
Maybe we could test it in Wuhan. I hear they have great quarantine procedures.
Reactions: seebell 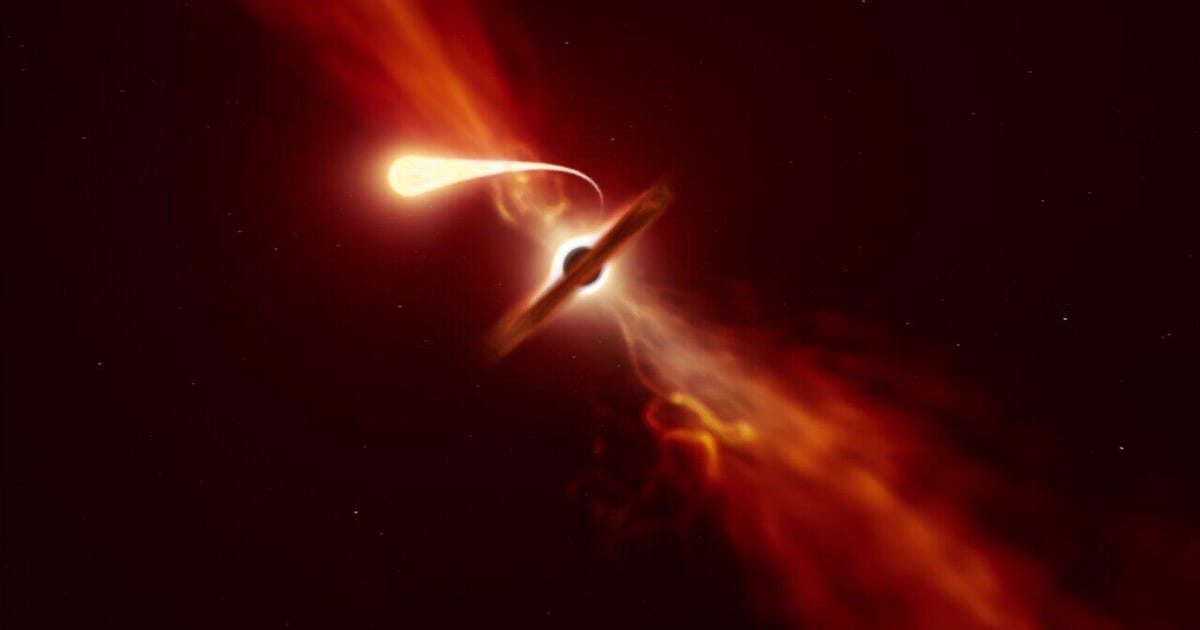 Coming too close can mean being instantly transformed into some very unpleasant pasta.

Four years after launching from Earth, NASA's Osiris-Rex on Tuesday made a historic and brief landing on potentially hazardous asteroid Bennu, over 200 million miles away.
We won't know until Wednesday whether Osiris-Rex succeeded in grabbing a space science souvenir, but on Tuesday, NASA TV reported the spacecraft's robotic sampling arm, named Touch-And-Go Sample Acquisition Mechanism (Tagsam), did touch down on Bennu for about 15 seconds. During the brief contact, it performed what amounts to a cosmic pickpocketing maneuver.
Click to expand...

Coming too close can mean being instantly transformed into some very unpleasant pasta.

The interesting thing to me is a black hole ripping a star apart along the ecliptic, and then ejecting a lot of the material at the poles.
Reactions: NationalTitles18

I saw that too and thought of this thread. Reuters is my favorite news source.
NASA spacecraft grabs sample of rocks from asteroid
Reactions: seebell

Tidewater said:
The interesting thing to me is a black hole ripping a star apart along the ecliptic, and then ejecting a lot of the material at the poles.
Click to expand...

What I have trouble envisioning is that it's happening in 3D. Also, as predicted, some matter is "glancing off" the event horizon and being ejected...

Incredible pic of the recent Atlas V launch from 3,000 feet at Cape Canaveral. Look how the color of the contrail changes the higher the rocket goes.
This is a great illustration how rockets don't go "straight up" to reach orbit. If they did, they would run out of fuel and eventually plummet back to earth. To enter orbit, a rocket begins to tilt onto its side at first, and gradually increases this tilt until it achieves an elliptical orbit around Earth. This technique of optimizing the trajectory of a spacecraft so that it attains the desired path is called a gravity turn. 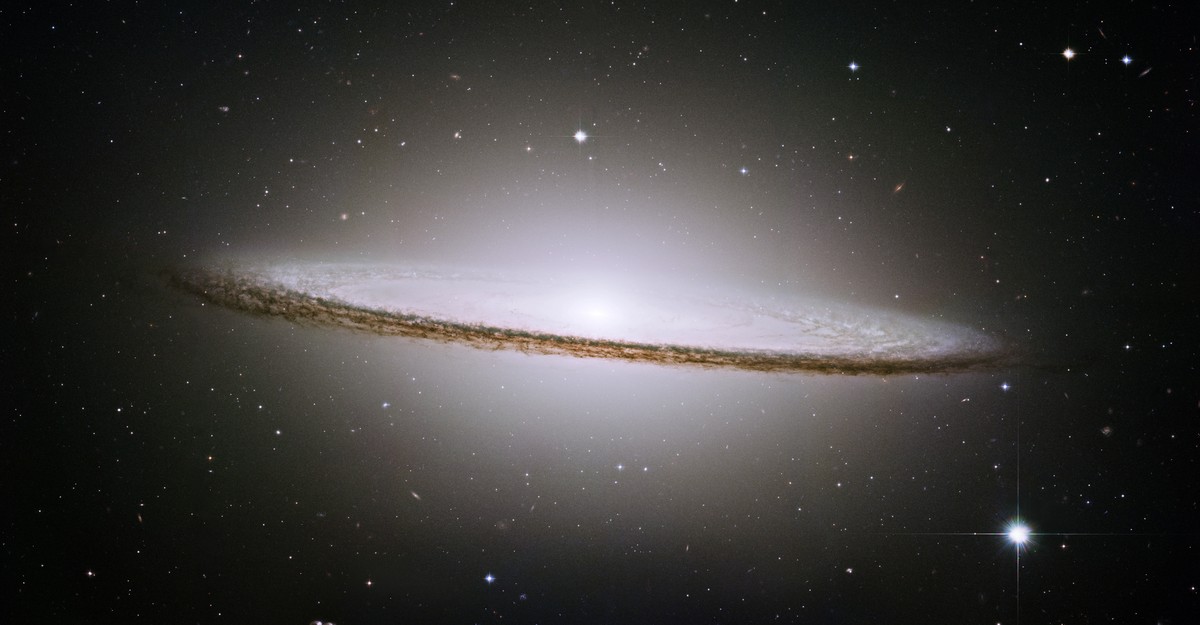 Looking at the long views from the Hubble space telescope might be good for you.

This is what the Canaveral Space-X launches look like from my back yard at night. My son was so excited to see this. (so was I, it’s a first for me as well). Some day I want to go to Canaveral with him and watch one in person and closer.

The Arecibo telescope's 900-ton platform has crashed into its disk below and destroyed the iconic radio observatory (msn.com)

Bamaro said:
The Arecibo telescope's 900-ton platform has crashed into its disk below and destroyed the iconic radio observatory (msn.com)

What an absolute shame. 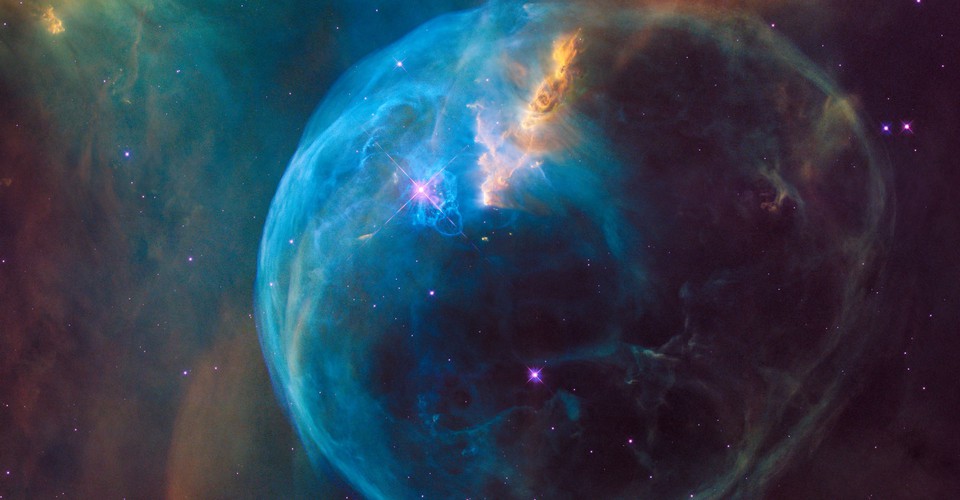 Every day until Friday, December 25, we’ll present one new image of our universe from NASA’s orbiting telescope.

Any one else watching the "Christmas Star" on Dec. 21??? Conjunction of Jupiter and Saturn in the South west sky.
Reactions: Bazza The eighth launch and landing of this booster......a historic day today!

If alien life once existed on Mars, scientists may finally be poised to find traces of it. After a seven-month, 292-million-mile journey, NASA’s biggest, fastest and brainiest rover ever—Perseverance—is nearing its highly anticipated touchdown on the Red Planet.

The $2.7 billion rover, which is scheduled to land at 3:55 p.m. EST on Thursday, embodies the latest and most ambitious effort by NASA to find evidence of past life on Mars. Though it is now a barren place of icy dunes, dust devils, dead volcanoes and subzero winds, scientists believe Mars in its remote past may have been a comparatively lush, warm world—one suitable for the chemistry of life.

“It will attempt to answer an age-old question that has eluded humanity for generations: whether life has ever existed elsewhere beyond our own planet,” Thomas Zurbuchen, associate administrator for the space agency’s science mission directorate in Washington, said of the Perseverance mission.
Bristling with sensors, cameras, microphones and a robotic arm, the one-ton, SUV-size Perseverance rover is designed to look for rock or soil specimens that might harbor evidence of ancient life and pack what it finds into small tubes, to be cached for retrieval by future missions and brought back to Earth for analysis. NASA and the European Space Agency are discussing several mission scenarios that might return these samples by 2031, NASA officials said.
Click to expand...